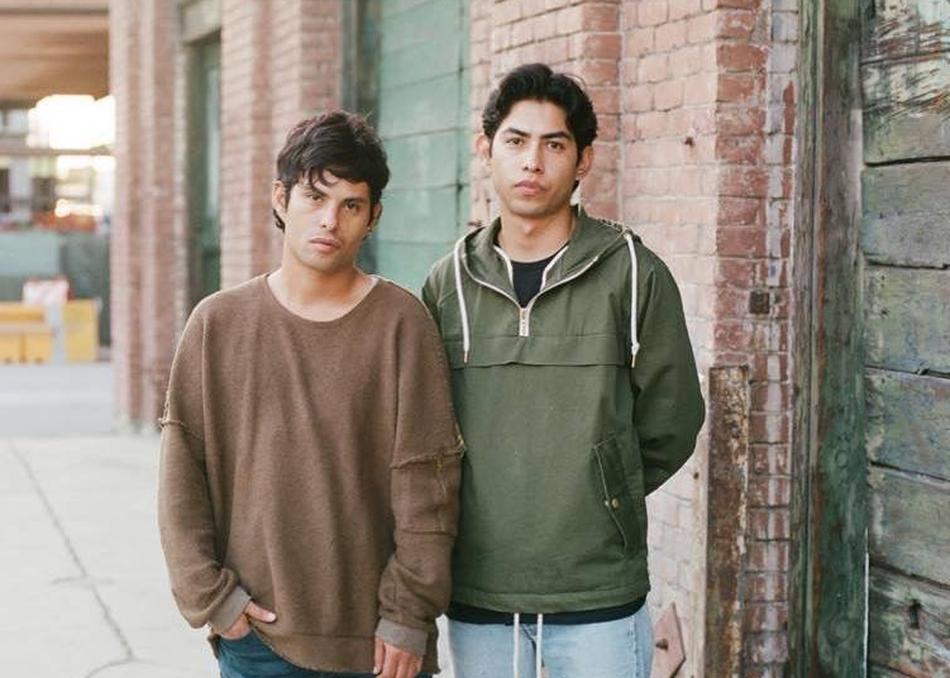 Brothers Christopher Valer (Guitar/Vocals) and Phillip Dominick (Drums), along with bassist Benjamin Nastase comprise Burger Records' most volatile unit. Hailing from Santa Fe Springs, California, Vision is what happens when L.A. punks descend onto Manchester's bricked-wall factories. In other words, Vision is like Britpop revved to the highest L.A.-punk gear. "We're doing the same thing they [Britpop] were doing, but on this side of the world," says Dominick. Like three working-class blokes looking for an escape plan, failure is not an option for Vision. There's no backup plan or trust-fund. Their mission is rock 'n' roll blitzkrieg – without any cheeky small-talk.

On their debut LP Inertia, available September 4th on Burger Records, Valer's deeply personal lyricism and vocal style includes elements of the Gallagher brothers and Jim Morrison: Gritty, poetic, and utterly smashed. His vamping guitar riffs blast through each of the 10-tracks like a finely tuned siren, while the driving rhythm section and melodies sound like the Sex Pistols discovering post-punk. On Inertia's featured track "What I Need," Vision confronts romance with an earth-shattering attack of guitars that rivals the heaviest parts of Nevermind. Seeing Vision live, it's hard to tell they write love songs, which makes people feel uncomfortable. But it's all part of their vision to bring disorder, to the established order. Inertia's aggression is a departure from their self-titled EP from 2012, recorded in a basement in Lincoln Heights, which had the Britpop influence and artful guitar fuzz, but lacked the ferocity they now possess.

For Vision, it's now all about breaking through the walls of perception, and bringing the toughness back to L.A. rock 'n' roll. Inertia is their master plan.