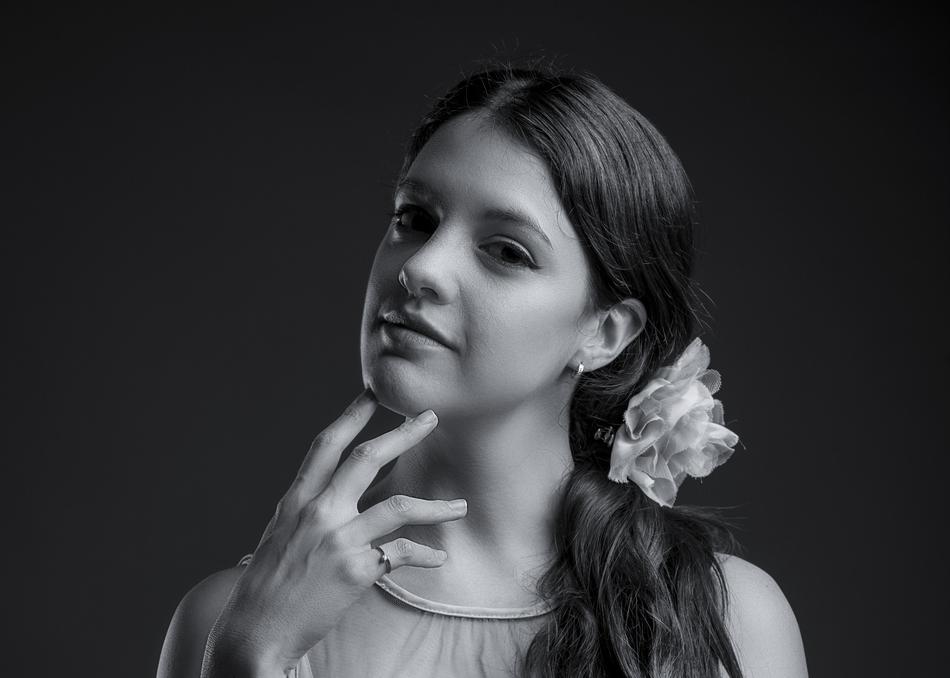 Gina Récamier, better known as Madame Récamier, is a Singer songwriter born in Mexico City. She adopted pop in Spanish as her main genre, influenced by a vast variety of styles. Madame grew up in a cinematic musical ambient, watching movies of “Pili y mili”, “Marisol” y “Rocío Durcal” that her grandfather produced. She began playing guitar and piano at the age of 14 singing in small bars and making her own songs. By the time she turned 17 she had finished her first musical Project “Tripped Lips” that led her to start performing her own music live and learning basics of studio recording which she later studied as a career.

As she turned 21 she began touring with well-known pop artist “Aleks Syntek” and started working on her own material. Her first two independently released albums: “Chocolate” &“ImaGina” where well received in the indie music scene opening good opportunities like making music for theater and movies (“Wonderland”, “Me late Chocolate”, “morgana” &“Los Insólitos Peces Gato”), playing important Latin festivals such as “Vive Latino”&“Corona Capital”, making video clips being nominated for “Premios Pantalla de cristal” and “Indi-o Music Awards”, winning 3rd place in the International Songwriting Competition (2016) as well as being selected winner for the first generation of the “María Grever songwriting scholarship” (2011). Her third album “Mi Corazón” will be a new step in this long career still to come.