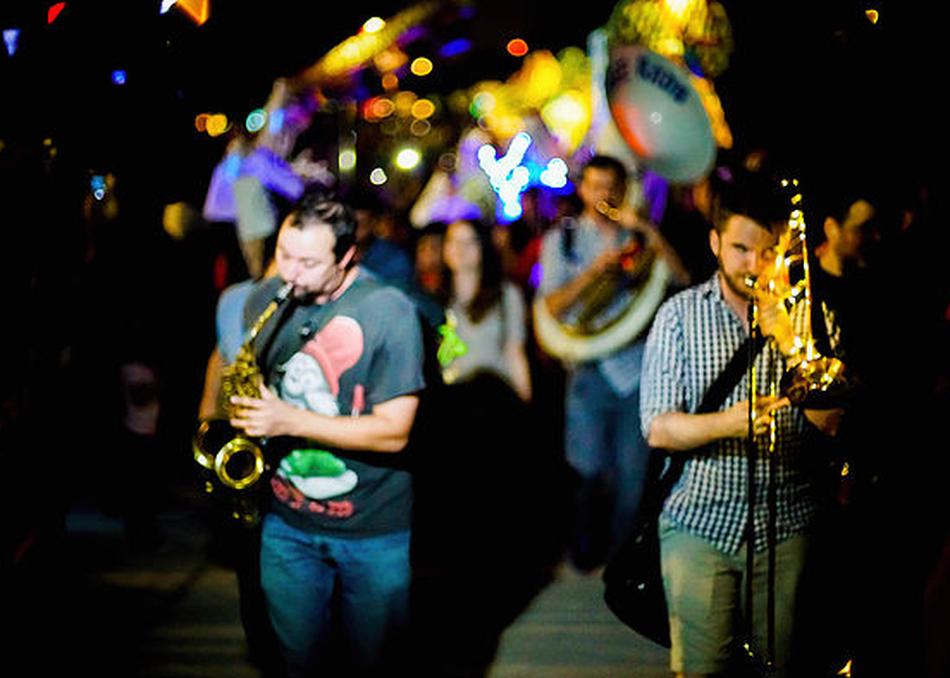 Free Radicals is a horn-driven instrumental dance band with a commitment to peace and justice, and is the 13 time winner for "Best Jazz" in the Houston Press Music Awards. Free Radicals is in the studio putting the finishing touches on two upcoming CDs, "Post Racial Society" (instrumental) and "White Power Outage" (a collaborative hip hop project). When Free Radicals isn't performing at street protests, or their weekly gig at Avant Garden in Houston, the band is often playing weddings, funerals, fund-raisers, and house parties.

"The horn-heavy, continually evolving collective Free Radicals produces a wildly eclectic fusion that has as many influences as there are items in the Houston, Texas, pawnshop in which they honed their sound during all-night jam sessions." - The New Yorker