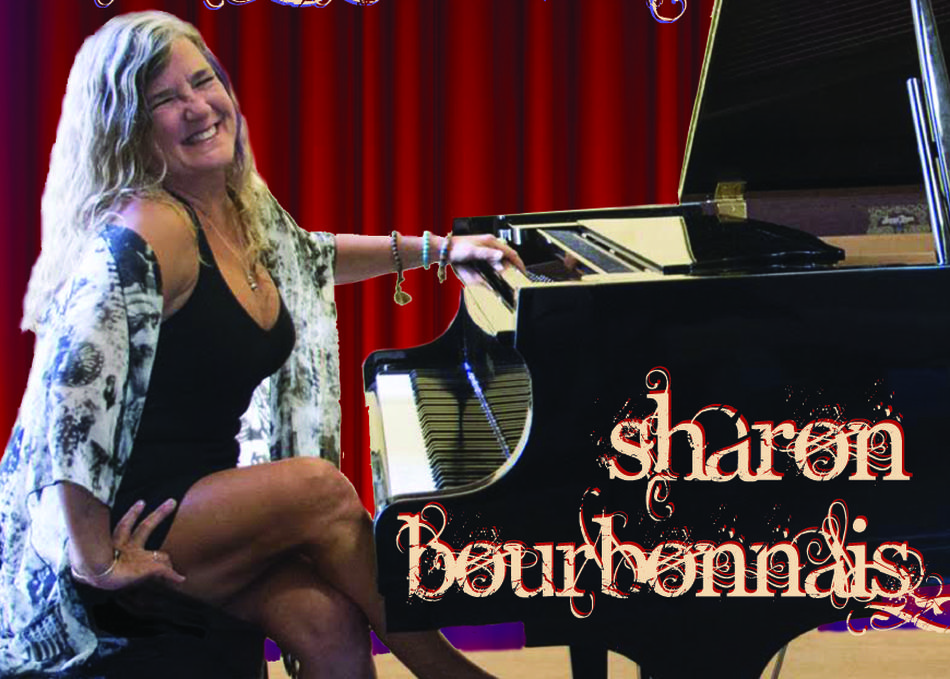 Somewhere in between jazz and blues you'll find the music through the heart of Sharon Bourbonnais. When you see her fingers glide effortlessly across 88 keys and hear her sultry voice inviting you to share in clever, insightful stories, you immediately sense this is not your typical singer/songwriter fare. Sharon describes her brand as Texas Jazz fused with New Orleans Blues.

In November 2015 she entered the studio with new producer Josiah Hoskins, who has been crafting a refined and definitive sound, centered around Sharon's piano and voice, surrounded by a who's-who of world-class Austin musicians. The result "A Girl's Gotta Play" released Jan 2017

If a girl's gotta play, this one is ready to do so in big leagues.