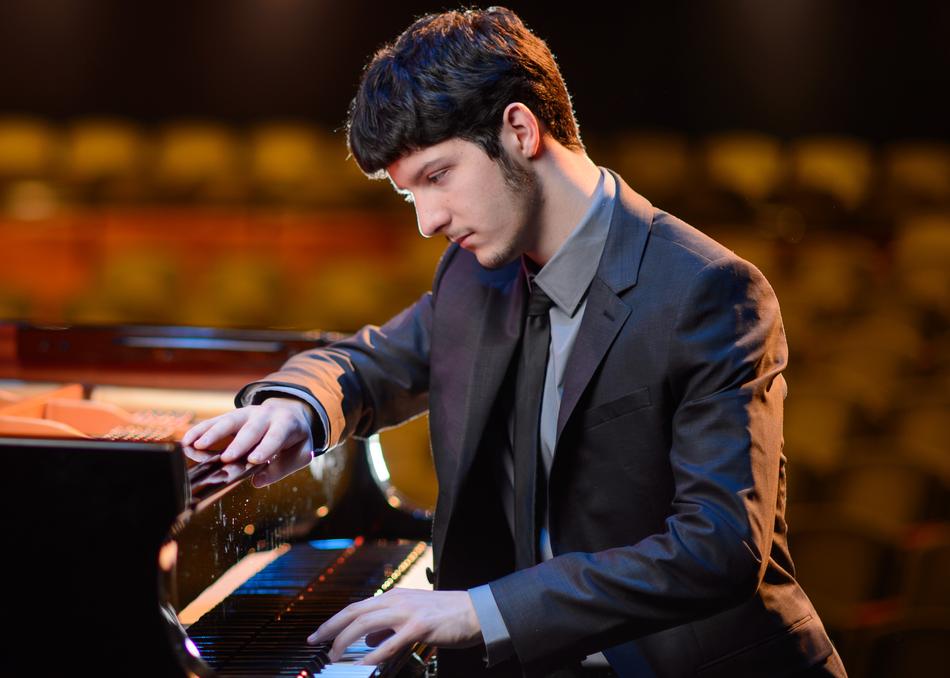 While the instrumentation of this group is similar to a typical jazz combo, their approach to music making is anything but typical. Each show features a highly spontaneous and interactive environment where each musician is continuously weaving in and out of musical ideas while cycling through various styles, feels, and moods. This comes from the band members' backgrounds in jazz improvisation which requires an uncanny ability to react in the moment with unlimited creativity. The group plays selections primarily from the jazz canon while combining elements from other genres such as rock, blues, New Orleans jazz, R&B, pop, funk, country, and even classical. It features vocals/piano, trumpet, trombone, bass, drums, and a tap dancer. The core group, Jacob Dupre (vocals/piano) and Jon Blondell (bass/trombone), have performed together for about two years. Jacob, a Baton Rouge native, who is often likened to the great Harry Connick Jr. in ability, brings a broad musical background to the group, seasoned with his roots in the sounds and styles of Louisiana music. He has joined the stage with outstanding musicians and composers such as Bill Watrous, Peter Erskine, John Fedchock, Jeff "Tain" Watts, Bob Sheppard, and Dennis Mackrel. Jacob also works extensively as a composer; his most recent project was scoring music for the world's first horror movie for VR/360 Video called "Beyond The Night." Jon Blondell has been a staple on the Austin music scene for decades and performed worldwide with groups such Carlos Santana, Stevie Ray Vaughn, Willie Nelson, Chet Baker, Branford Marsalis, and Joe Henderson, to name a few. Within the last year, the group made a new addition with the wonderfully talented tap dancer, Yuka Kameda, who improvises with her feet while the band improvises with their instruments. The group can be heard on Jacob Dupre's YouTube Channel under the playlist "The Blondell/Dupre Project." Also, please visit www.jacobdupremusic.com where you can find a performance calendar, videos, recordings, bios, and more. The group performs regularly at the Elephant Room in Austin and is planning a show at the Blue Note NYC. Jacob Dupre and Jon Blondell can be seen performing together all over Austin and Houston at venues such as Perry's Steakhouse and Eddie V's 5th Street. The SXSW show will feature original songs by Jacob Dupre, songs from the jazz repertoire, and a non-stop whirlwind of interplay between world-class musicians. The group is very honored to be a part of SXSW 2017 and hopes to see you at the show!