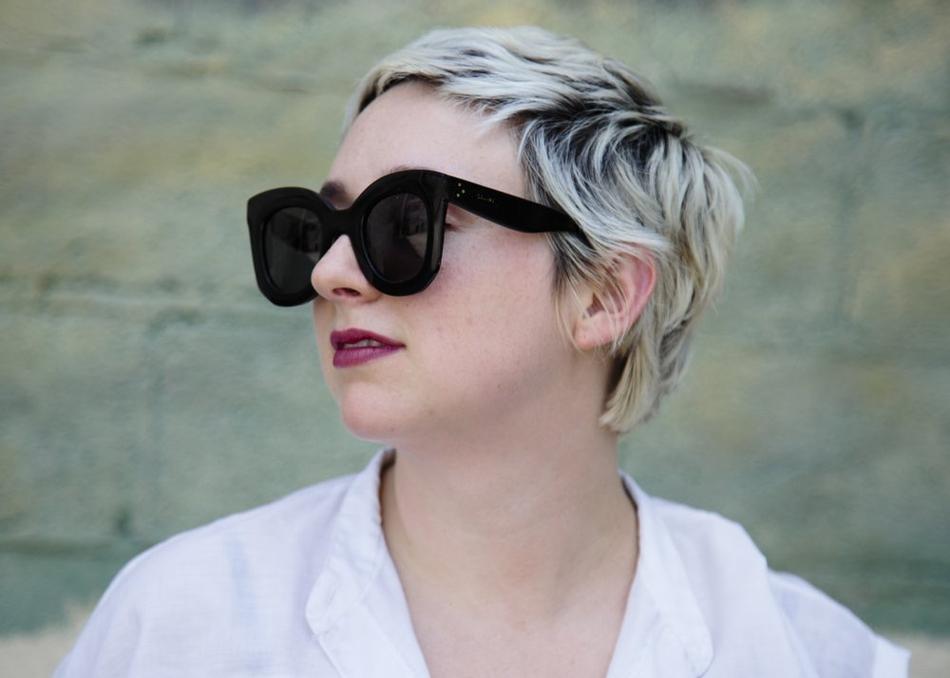 The debut full-length by Allison Crutchfield titled Tourist in This Town out January 27, 2017 sonically pulls back the curtain on her life and places Crutchfield center stage, fully revealing her power, conviction, and grace. The Alabama native has immersed herself in music since her teenage years, forming notable bands such as P.S. Eliot and Bad Banana (both with her twin sister Katie of Waxahatchee). In 2012, she co-founded Swearin’—the band in which she would truly begin to formulate and understand her full potential as a songwriter—and in 2014, she recorded and released her first solo EP Lean In To It. Her debut album is an accomplished work that integrates her past musical experiences with a pronounced growth in arrangement and instrumentation.

Tourist in This Town was made at Uniform Recording in Philadelphia with Jeff Zeigler, who is known for his work with Kurt Vile, Steve Gunn, and Mary Lattimore, among others. His synthesizer collection and related expertise proved an alluring draw for Crutchfield, who had started incorporating synths into her work when she branched off into a solo career. “This record marked a sonic transition in the way I think about the element of space in music, and I attribute that mainly to Jeff,” says Allison. “His arsenal and knowledge of analog synths, along with his ear for spatial addition and subtraction within a song, really sculpted this album and impacted me artistically forever.”

“Tourist in This Town is completely made up of heightened anxiety and became a clearly defined puzzle that I slowly put together over the course of a year,” says Crutchfield. “It’s a record about change—change of scenery, of partner, of band, of home, of friends, of outlook—and how that change can cause a temporary panic but ultimate triumph in most of us.”