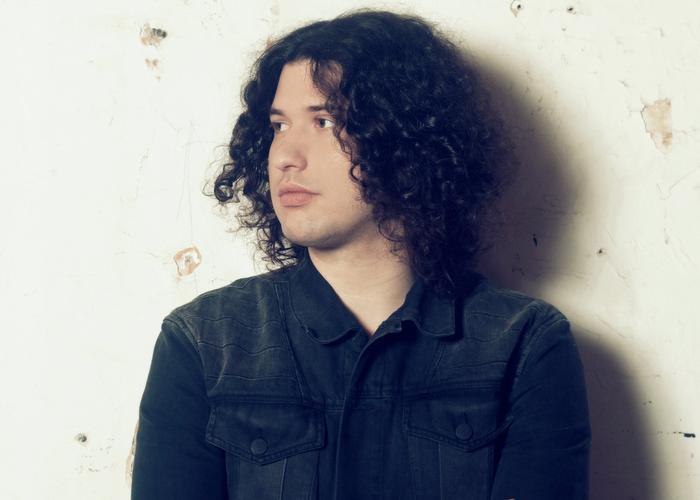 Listen to We Rise, We Fall

Multi-instrumentalist Ilan Rubin is best known for his work with Nine Inch Nails, Angels & Airwaves and a brief stint with Paramore. But it can be argued that his best work happens when this one-man-band is fronting—and backing—The New Regime.

Exhibit B is the name of the New Regime’s new eight-song EP, which Rubin wrote and recorded almost entirely while touring with NIN in 2013-14. Given what his night job was at the time, you might expect the results of his daylighting to sound Trent-influenced. Perhaps you’ll find some of that in there, but you may be more immediately struck by the old-school classicism of Rubin’s approach.

“You have some people thinking, ‘Sure, he’s a really good musician, but can he write songs?’ Then they kind of view the music with this vision of a musician who’s singing. But the foundations of what I love are the Beatles, Queen, Led Zeppelin, the Police — great, great songwriters. My sensib...

Multi-instrumentalist Ilan Rubin is best known for his work with Nine Inch Nails, Angels & Airwaves and a brief stint with Paramore. But it can be argued that his best work happens when this one-man-band is fronting—and backing—The New Regime.

Exhibit B is the name of the New Regime’s new eight-song EP, which Rubin wrote and recorded almost entirely while touring with NIN in 2013-14. Given what his night job was at the time, you might expect the results of his daylighting to sound Trent-influenced. Perhaps you’ll find some of that in there, but you may be more immediately struck by the old-school classicism of Rubin’s approach.

“You have some people thinking, ‘Sure, he’s a really good musician, but can he write songs?’ Then they kind of view the music with this vision of a musician who’s singing. But the foundations of what I love are the Beatles, Queen, Led Zeppelin, the Police — great, great songwriters. My sensibilities come from the catchiest and most successful music of all time. So it’s kind of a meeting of two different frames of mind: People who want to dig into the musicianship have it there, and people who just want to listen to the catchy melody on top have that there. There’s something for everybody,” he laughs.

Rubin’s resume includes some pretty impressive percussion-related feats, in both the early and later going. He’s been touring the world since age 14 and now 26, one of his latest accomplishments was parlaying his percussive renown into the co-ownership of Q Drum Co., a substantial new player in the world of percussion instruments.

But the years in-between found Rubin developing his prowess on every other instrument he could get his calloused hands on. He started playing the guitar seriously at 12, and took up the piano at 16 upon developing a newfound love of classical music. Eventually the secret that he could just about do it all started to trickle out.

“Most people didn’t know about all the things I could do because there wasn’t really a place to showcase those skills,” he says. “When I first toured with Nine Inch Nails in 2009, Trent knew that I could play piano, so for that tour, whenever there was a piano playing in the songs, I would take it over. It wasn’t until this last 2013-14 tour that I got to stretch my wings. Nine Inch Nails was down to a four-piece, so we needed to distribute parts as best we could. There were a lot of moments when I played bass and guitar and some keyboards. And I think that that was a big help in getting everybody to see a bit more of what I’m about as a musician.” He also picked up a new instrument, the cello, at Reznor’s behest. “I’m happy to be in the back as a drummer, too — it’s a very comfortable, second-nature place for me — but being able to constantly run around and do different things is something that could only be done with Nine Inch Nails.”

He took on a more traditional role with Paramore, filling in on that band’s self-titled album when they found themselves suddenly drummer-less, and even going out in that role on some tour dates before Reznor called him back for a surprise NIN reformation. “It was the first time I’d played with people who were my age,” he points out, “and we got along really well. Sessions are fun, because it’s a way of temporarily putting you in a setting that you wouldn’t usually be in, and you sharpen your skills and move on. It was initially supposed to just be the album, but we got along so well that I ended up playing with them live at South by Southwest and a lot of TV and European, Asian and Australian gigs. Had it not been for Nine Inch Nails, I’m positive that I would have done that whole touring cycle.”

When Angels & Airwaves’ Tom DeLonge started planning The Dream Walker, Ilan’s involvement was hardly just for “sessions.” Rubin was a full creative partner with DeLonge on the collective’s recent album, which came out in the last month of 2014. “It’s the first time I’ve collaborated with anybody else as a writer,” Rubin points out. “I would always be part of someone else’s band and play drums and that was it, or I’d write all my own music entirely by myself. So this was a great experience, and it was very respectable and impressive that Tom would be willing to hand over the reins as much as he did after writing his own music for so long.”

But even with that expanded collaborative role in Angels & Airwaves, Rubin was the completer of songs, not the instigator. To find out what it sounds like when he’s in control of the process from start to finish, you of course have to look to — or listen to — The New Regime, now on record number four, between two full-length albums and two EPs. He finds that when people find out The New Regime is a one-man band, he runs into the perception that some other musicians have done that same thing as more of a stunt than a musical necessity.

“It’s not me playing other instruments because I can,” he points out. “It’s because I can execute my exact vision for the music. I view the music as a composer, except I’m able to play all the instruments in the orchestra. This isn’t music that stems from ‘Hey guys, let’s get in a room and jam and see what happens.’ I play the bass, guitar, and piano the way I want it to be done for these songs, so why would I have anybody else but me do these things, when I’m able to play exactly what I’m envisioning?”

Exhibit B was recorded partly in Rubin’s vastly equipped home studio and partly in hotel rooms equipped with little more than a computer, MIDI controller, a bass and a guitar. Some of the album’s sounds hark back to an analog-synth era while others pay homage to the spirits of fuzz pedals past all while feeling fresh to today’s modern ears.

The first two New Regime releases, 2008’s Coup and 2011’s Speak Through the White Noise, were cohesive albums, thought out from top to bottom. For the 2013 release Exhibit A, “the songs were very different from one another, in the sense that I could have taken the style of any one song and written a whole album based around that.” The same holds true with Exhibit B, and will with future “exhibits,” which may or may not be limited by the number of letters in the alphabet.

Reinventing the drum is only a little less novel than reinventing the wheel. But what Rubin is really reinventing is how a virtuosic musician can approach his career, as a critical member of multiple collectives as well as being the maestro and master of his own regime. The challenge, now, is embracing the fact that these other affiliations lead fans to his own self-generated music while also hoping that the thrill of musical discovery can happen spontaneously for those less familiar with his resume.

“The affiliations definitely help,” he acknowledges. But when he took time off from his other crews to tour under his own banner, “I loved that there were people in the audience enjoying the show and buying merch at the end of the night — walking home with albums and shirts — based on enjoying the opening band called The New Regime, and they had no idea of my other affiliations. Their judgment was based on the music and the performance and had nothing to do with my career. It justified the fact that this is something entirely different to the other things that I do and it felt great.”

Whether listeners know where Rubin has already been or not, they’re arriving at a rich musical landscape this renaissance man signals with the title of the new record’s opening track: “Where I’ve Headed All Along.”

The show at Austin City Limits Live at the Moody Theater on Friday, March 18