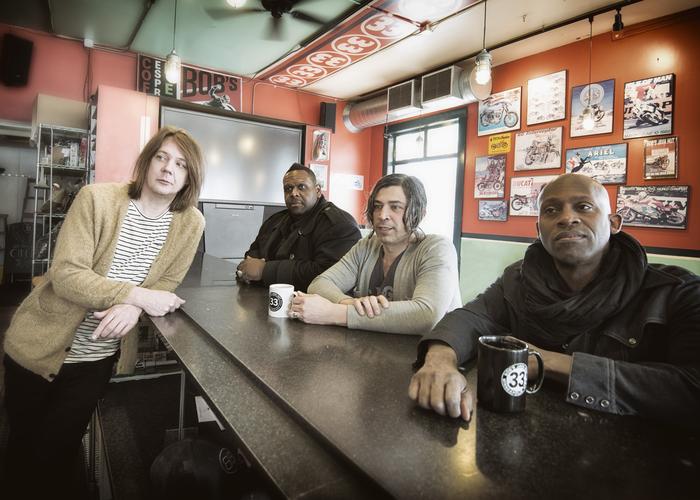 Three and half decades down the road from the band's indie-punk origins, Change of Fortune — co-produced by the band and longtime studio collaborator John F...

Three and half decades down the road from the band's indie-punk origins, Change of Fortune — co-produced by the band and longtime studio collaborator John Fields — is classic Soul Asylum, with such musically and lyrically pointed new tunes as first single "Supersonic," "Can't Help It," "Doomsday," "Make It Real," and the title track packing a familiar sonic and emotional punch, while carrying a hard-won sense of survival and perseverance that honors Soul Asylum's storied history while pointing towards the future.

"It's more honest than any record I've made in a very long time, just because there was no one looking over my shoulder and editing me, which was very liberating for me," says Pirner. "It sounds like the vision that I had in mind a really long time ago. When I listen to it, I think, 'That sounds like Soul Asylum,' and that's as good as it gets for me."

Change of Fortune — which features an appropriately arresting cover image by world-renowned wildlife photographer Marsel Van Oosten marks the recording debut of the current Soul Asylum lineup, which has racked up a considerable amount of roadwork and honed its combustible musical chemistry since Sharbono and Roye joined in 2012. Drummer and multi-talented right-hand man Bland joined Soul Asylum in 2005 with an extensive resume that includes work with fellow Minneapolitans Prince and Paul Westerberg.

"I would say, without reservation, that my band is probably the best band on the planet," Pirner asserts, adding, "That always gets me in trouble, but it's not because of me; it's because of Michael and Winston and Justin. It's incomprehensible to me that the elements have fallen into place the way they have, but it's driving me nuts how much I love this band."

Soul Asylum has been inspiring that level of passion since 1981, when the band, initially known as Loud Fast Rules, formed in Minneapolis. The band's raucous live sets and early releases on the hometown indie label Twin/Tone — including the albums Say What You Will, Made to Be Broken and While You Were Out — earned it a loyal fan base and widespread critical acclaim.

Soul Asylum's indie success led to the band entering the major-label mainstream with 1988's Hang Time and its 1990 follow-up And the Horse They Rode In On, and achieving a platinum-level commercial breakthrough with 1992's Grave Dancers Union and 1995's Let Your Dim Light Shine. Grave Dancers Union featured the international hits "Runaway Train," which won a 1994 Grammy as Best Rock Song, and "Black Gold," while Let Your Dim Light Shine spawned the hit "Misery." The band went on hiatus after 1998's Candy from a Stranger, during which time Pirner released his first solo effort, Faces & Names. Soul Asylum returned to action in 2006 with The Silver Lining and released Delayed Reaction six years later.

"When I was a kid, I wanted to be in a band, and I decided that's what I was gonna do, and that hasn't changed," Pirner notes. "This whole thing is an act of faith, and the worse the music business gets, the more of an act of faith it becomes. But I don't give a f---, I'm gonna keep doing this until the day I die. We're always struggling to figure out how we're gonna make this work, but I'm not going to waver.

"People who feel disenfranchised tend to identify with Soul Asylum," Pirner observes. "I'll look out at the crowd and see people singing along with my songs of frustration and insecurity, and the irony is not lost on me. There's a part of me that's never gonna fit in, but I love being around people who love music, and I'm very loyal to the idea of whatever Soul Asylum is. The future is bright, everything is good, and if there's something in this record that can make people feel like things are gonna be OK, then it's mission accomplished."

The show at Scoot Inn on Saturday, March 19