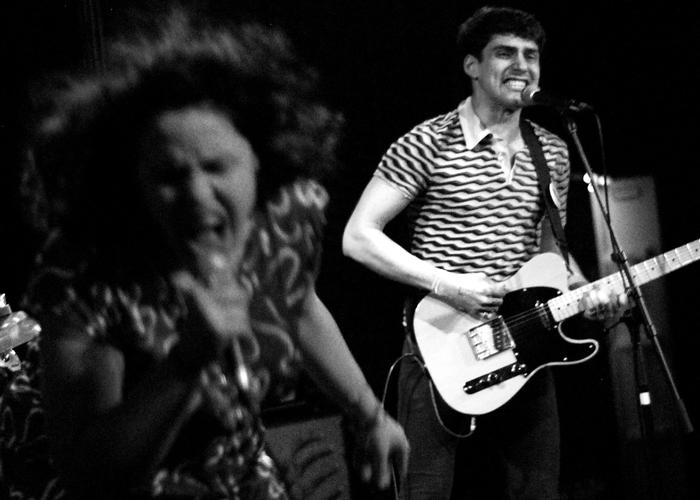 Listen to Wave of History

Downtown Boys are a bilingual political sax punk party from Providence, RI. They write songs about smashing the prison-industrial complex, racism, queerphobia, capitalism, fascism, boredom, and all things people tell us that try to close our minds, eyes, and hearts. They released a 7" on Sister Polygon records in February 2014 and continued on a wave of history with an LP on Don Giovanni in May 2015.

"Since we live in an age in which silence is not only criminal but suicidal, [we] have been making as much noise as [we] can" -James Baldwin

The show at Mohawk Indoor on Wednesday, March 16