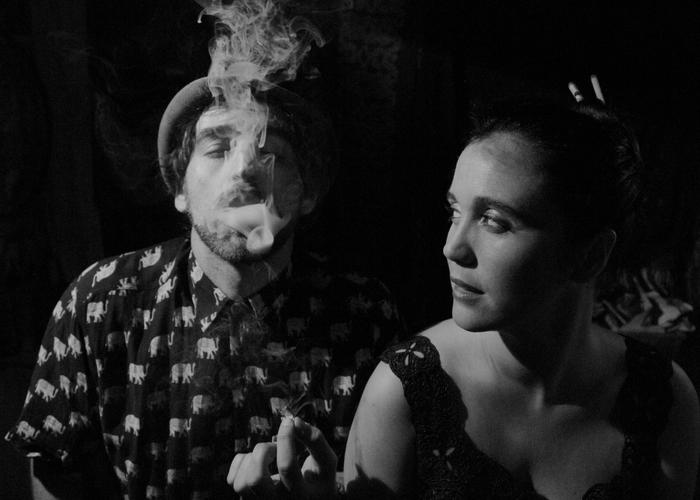 The Occult, Nature, Love, Art, The Cosmos, Technology, Organic Matter... all serve as an undercurrent of inspiration for the duo's words, music and visuals.

Besides playing locally and touring through places like Berlin or Buenos Aires, they have independently released EP "Mananero", single ("Munzampa"), and video single "Yerbanegra". Kif's new live show, which will be premiered at SXSW 2016, is fully comprised of unpublished material composed for their upcoming album, "Guano".

The show at Maggie Mae's Rooftop on Saturday, March 19

⋆ 12:00AM Printz Board & The Boardmemberz