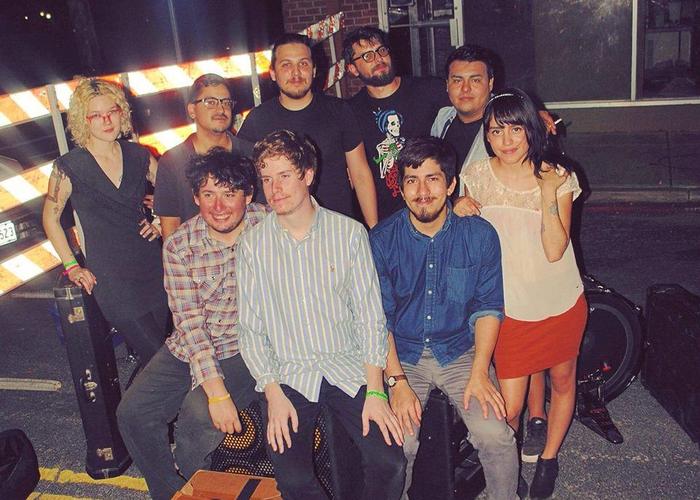 Listen to Still I Reach (Think I Saw You)

Deer Vibes is an indie rock band, a musical collective including as few as five and as many as fifteen members, formed in 2009 by Michael Carrillo and Devin De Leon. Most of its members currently play in various other groups and solo projects, mostly in San Antonio, however Austin and Dallas as well. The group has two releases under it's belt, the first being the EP, "Ventura" in 2011, and the highly anticipated full length "The Nature Of..." in December of 2015.
The group is often characterized by its very large number of sounds, and its grand orchestrations featuring guitars, horns, violins, cellos and violas.

The show at St David's Historic Sanctuary on Saturday, March 19