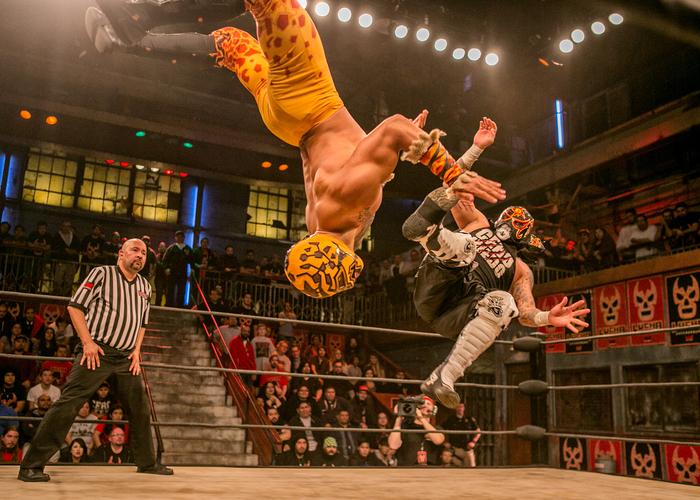 Lucha Underground is a professional wrestling franchise produced by the United Artists Media Group. The weekly television series airs in English on the El Rey Network and in Spanish on UniMás, featuring wrestlers from the American independent circuit and Asistencia Asesoría y Administración (AAA), one of the biggest wrestling promotions in Mexico.[1] AAA also owns a percentage of Lucha Underground.[2]

The series premiered with its first season on October 29, 2014, that ran for 39 episodes. The second season of Lucha Underground started on January 27, 2016. Prior to the taping of the last Lucha Underground show for season 2 it was announced that the show had been renewed for a third season. It was also revealed that the show would be available on iTunes for purchase.

The show at Austin Music Hall on Tuesday, March 15