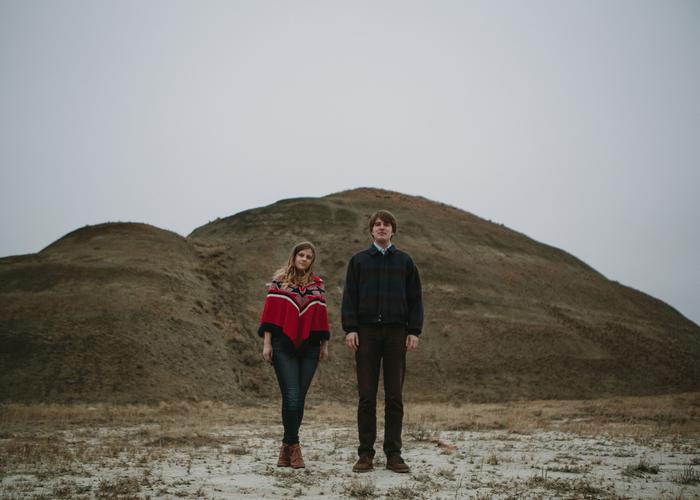 Kacy & Clayton are second cousins, one is taller than the other, and they hail from the Wood Mountain Uplands of Southern Saskatchewan.
Kacy Anderson on vocals, violin, and Clayton Linthicum on guitar, melodeon, and vocals. The duo interprets and composes music inspired by forms of traditional music from Southern Appalachia and the British Isles. Educated by their Grandfather/Great-Uncle respectively, Kacy & Clayton possess an admiration for music and stories of days past. Kacy’s vocals, virtuous and pure, weave seamlessly with Clayton’s finger-style guitar accompaniment. Although the pair are young in age, they’ve been playing music together for over a decade and have created a distinctive, and cohesive sound.

The show at Velveeta Room on Wednesday, March 16