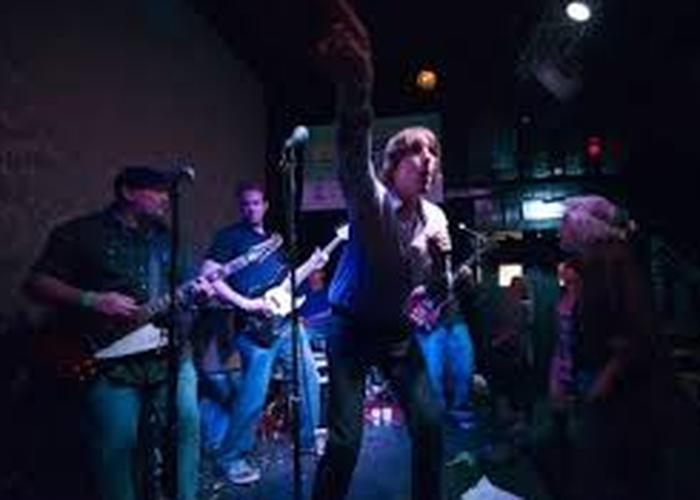 Listen to Step On The Gas

The Mullens are often compared to 1970's proto-punk bands like The Stooges, New York Dolls, DMZ, Ramones and Dead Boys as well as even more recent more recent garage punk bands like The Oblivians, Sugar Shack, Sons of Hercules and The Reigning Sound. The quintet from Dallas TX, have released four albums on Pittsburgh's Get Hip Recordings and are putting finishing touches on their fifth release. Formed in the mid-'90s and comprised of vocalist and songwriter Tim Stile, guitarist, vocalist and fellow songwriter Matt Mayo, guitarist Lee Lazarine, drummer Rod Baird and bassist Bill Whetsel. The Mullens continue to gain critical acclaim and loyal support from influential radio hosts such as Bill Kelly of WFMU's Teenage Wasteland and continued support from fans on Spotify, Itunes and Youtube where all of The Mullens releases can be found.

The show at Velveeta Room on Saturday, March 19