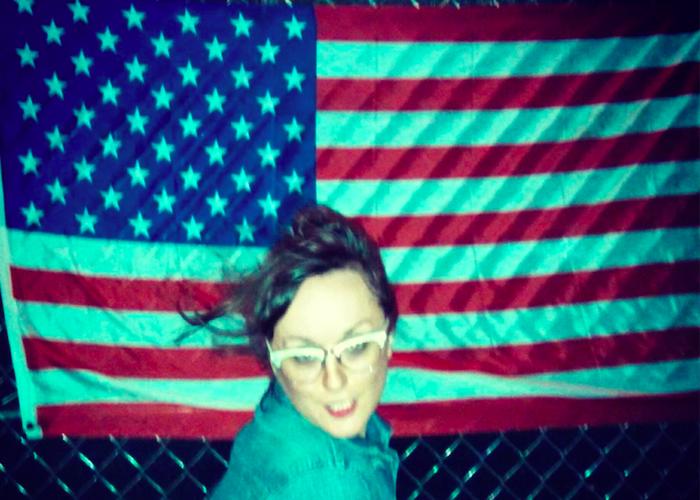 Listen to I'm A Marine Biologist

Former child beauty queen, Lindsey Baker, started Guts Club as a series of music videos that ended up looking like creepy love letters from someone seriously interested in hanging themselves from their own large intestine. The songs in the videos began to dominate the project and the series turned into an album.

Guts Club’s debut full-length, The Arm Wrestling Tournament, was recorded and engineered by Tyler Wood of Oh My Goodness in The Catskills, where all feats of bravery and shamelessness should occur.

Lindsey Baker’s father was an actual arm wrestling enthusiast. She has not, however, physically drowned a loved one, or kept a significant other in the trunk of her car.

The Arm Wrestling Tournament was released on February 10, 2015 and her second album is due out sometime in the summer of 2016.

The show at Tap Room at The Market on Thursday, March 17