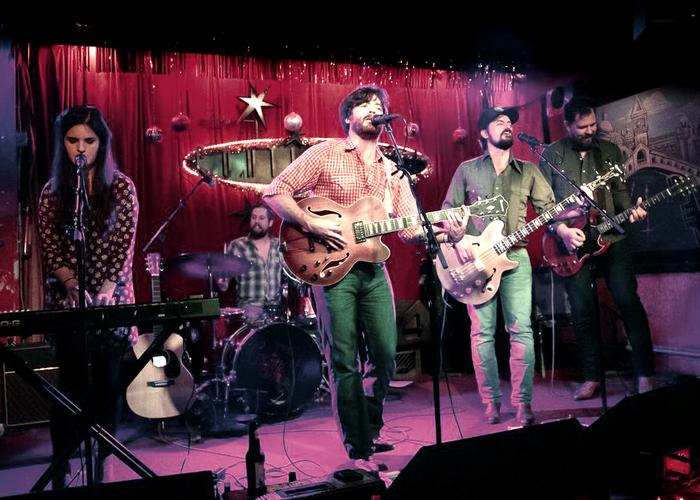 Hailing from Austin, Texas, Harvest Thieves began as a side-project to Cory Reinisch and Dustin Meyer's long-running alt-country outfit Guns of Navarone. Sitting their former manager James Taylor down behind the drum kit, the trio recorded their debut EP, Lightning in a Bottle. With the resolution to proceed full time with Harvest Thieves, Reinisch, Meyer, and Taylor were prompted to step things up a notch and invite two new troublemakers to the Harvest Thieves fold: Coby Tate (guitars) and Annah Fisette (keys and mandolin). Harvest Thieves draw on their blue-collar and back-roads heritage to craft songs that sway from brutish garage-rock swagger to traditional country honesty. With punk-ish explosions in sound, to finger-picked folk-rock simplicity, they are a formidable addition to Austin's historically-minded music scene.

The show at Victorian Room at The Driskill on Saturday, March 19