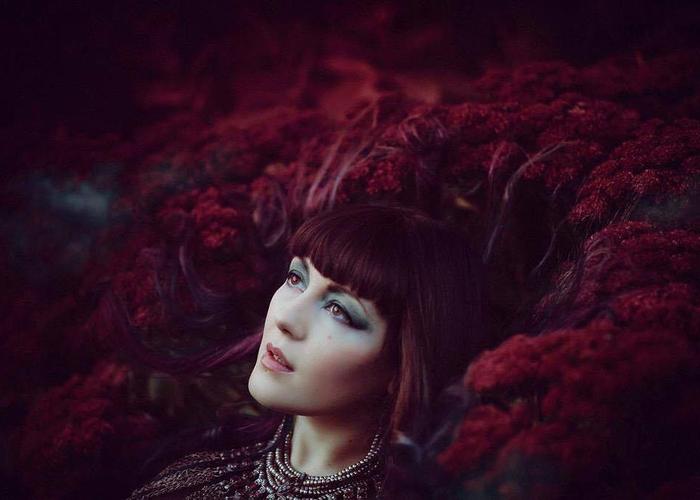 Zyna Hel is the most prominent solo project of award-winning, multi disciplinary artist, Elisabeth Oswell. Subversive, avant-garde and inherently political beneath the accessible dark-pop veneer, Zyna’s enchanting songs channel the fragility of an incendiary metaphysical force – invoking the sensation that one is hovering on the edge of a seductive abyss.

The show at Iron Bear on Friday, March 18