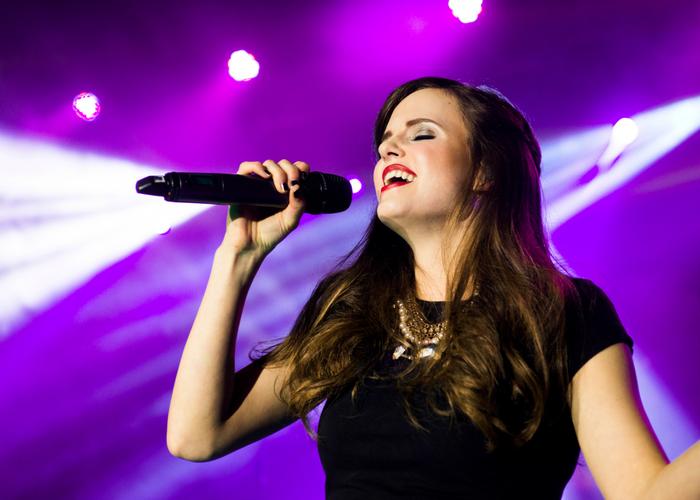 Tiffany Alvord is a 23-year old singer/songwriter from California that is quickly gaining well deserved attention as a YouTube sensation. Tiffany started posting cover songs and original songs on YouTube in April of 2008 as a 15-year-old. Today, she has over 2.7 million subscribers, 500 million video views, and a world-wide fan base. What sets Tiffany apart from cover artists is her ability to write and compose her own music. Tiffany has released three albums, My Dream, My Heart Is, and LEGACY. She has been on 3 USA tours and has performed in China, Singapore, Thailand, Indonesia, Malaysia, and Philippines. Tiffany had the honor of performing in Times Square on New Year’s Eve 2012 on the Nivea Kiss Stage. Tiffany also performed at the famous Hippodrome Casino in London in 2013. Tiffany enjoys being an independent artist which allows her creative control of her music career.

The show at 18th Floor at Hilton Garden Inn on Saturday, March 19