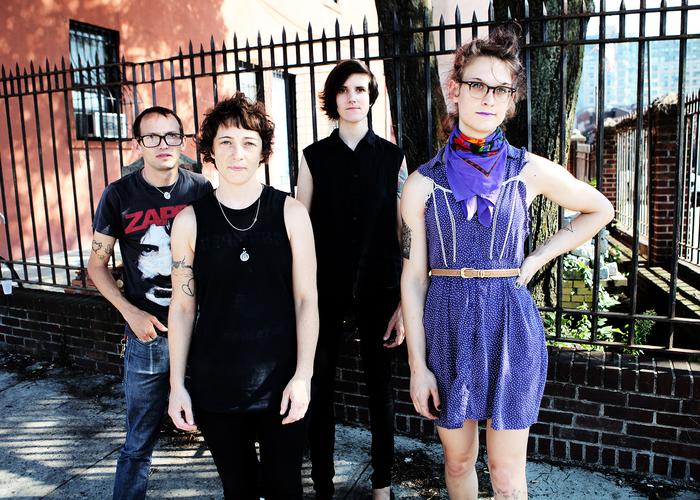 Worriers are a punk band from Brooklyn, New York. The band’s music is centered around the songwriting of Lauren Denitzio, the former vocalist/guitarist of The Measure [sa]. Worriers is Lauren's primary band featuring Mikey Erg (The Ergs), Audrey Zee Whitesides (Little Waist, Mal Blum) and Lou Hanman (Caves), among others. Worriers' first full-length, Imaginary Life, was released in August 2015 on Don Giovanni Records. Imaginary Life is a collection of fast and infectious guitars, anthemic lyrics and unyielding vocals that reinforce the powerful punk prowess fans have come to expect. Produced by Laura Jane Grace of Against Me! and recorded/mixed by Marc Jacob Hudson (Saves The Day, Against Me!), the record solidifies Worriers’ formidable voice, resonating stronger than ever in both sound and message.

The show at Velveeta Room on Thursday, March 17