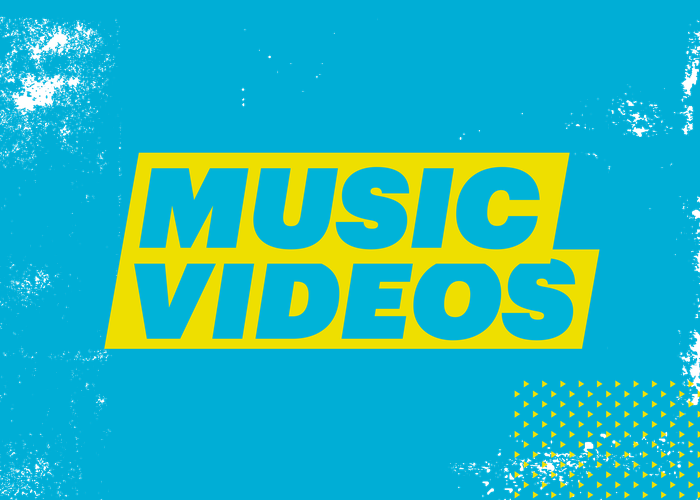 Thermal cameras capture the glow and the menace of Earl Sweatshirt.

Childish Gambino walks a fine line between reality and insanity when he sees a beautiful girl in a take out restaurant.

A war film, that's actually an epic love story, that's actually a film. It experiments with genres, the dramatic and the comedic, It’s got a lot going for it – drama, originality, comic relief, and a social statement. "Love is all that matters."

A group of cheerleaders in Suburbia, America find themselves in limbo after a devastating car crash. Unaware of their untimely demise, they perform one last dance while slowly nearing death.

Son Lux - "Change is Everything"

When the band Son Lux commissioned Director Nathan Johnson of The Made Shop to make a video for the song "Change is Everything," they didn't know what to expect. What they got was a painstaking exercise in old-fashioned DIY insanity: a handmade, stop-motion film using one camera, 200 push pins and 500 feet of rubberized thread. In this stunning video, the simplest of tools blend across thousands of frames in a hypnotic and exuberant display of movement, while leaving a vast trail of pinpricks as a physical record of change.

A branding agency REBRANDS the image of EMD darling, DILLON FRANCIS, by pushing the limits to gain maximize exposure in the mainstream.

Ishtar X Tussilago is a short film / Music video starring downhill longboard rider Ishtar Backlund in the epic mountains of Norway. The film is a glimpse into the profound feeling of believing in yourself and living one’s greatest dreams.

Sometimes it takes guts to commission a music video, however safe. And while flying teams from the UK and France across the entire globe to the tiny island of Rangiroa nestled in the orbit of French Polynesia was a tall order, for Naughty Boy and Beyoncé it was worth the effort. Charlie Robins' epic underwater romance overcomes technological obstacles and the apparent limits of human endurance to deliver a spectacle that encapsulates the essence of the song: the two lovers engage in a physical struggle to reach one another, running impossibly on ocean floor and water's surface.

A video work that tells the story of stark, latent family dynamics, where impotence, acceptance and hopelessness surface through the repetitiveness in our lives.

Legend has it that a headless man pays retribution to this town’s troublemakers. He collects the heads of each delinquent, and the headless become members of his gang. "November Skies" is about the lure of hedonism and a heightened reflection of current youth.

The story evolves around a middle aged man stuck in his clubbing days. As he opens up a box of tapes and flyers from his hardcore days and rediscovers his youth emotions start to run.

Vince Staples is on his way to a gig, his meth head neigbours are cooking up a shoe, the local dealer's painting his girl's toes, and a cult preacher leads his followers to certain death. Welcome to the human zoo.

A sexy dancing cop goes rogue when he hears his jam on the radio and proceeds to run over shit with his car.

Wrapped in a surreal world, a teenager is introduced into a fantasy journey where we see her imaginary fears and desires. A cat with four eyes, a dish that bites her, bird flocks, and a final figure who is deformed to the rhythm of music. Those are examples of her subconscious adventure that both fascinate and scared her.

2D, stop motion and digital animation combine to tell the story of a little monster who gorges himself on bin bags, chocolate bars, pigeons etc… growing bigger until he is able to swallow sky scrapers and entire planets.

A poppy, pratfall-imbued meditation on how it feels to contend with staying upright in the highest of high heels.

"Somebody New," takes a traditional skate video and mashes it up with video game physics to absurd effect. Skate or die.

"Drifted," takes you on a cursor-led journey through internet culture, working in time with the music of The Shoes.

Rudimental - "I Will For Love"

"I Will For Love," follows a Mexican family's journey against the odds in search of a better life in America.

The dreamlike, ethereal visuals of "Submarine," tell a story of struggle both internal and external.