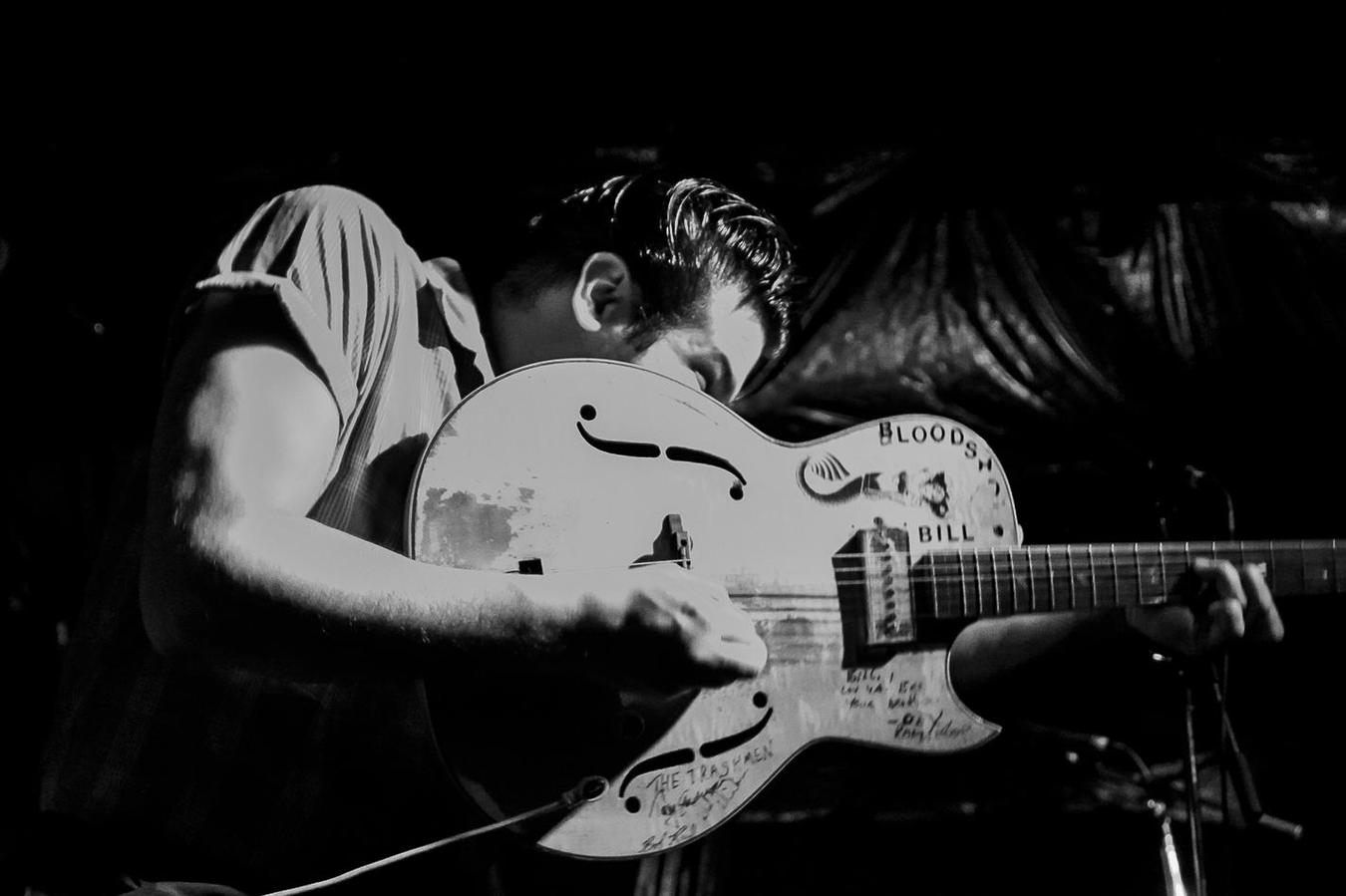 Bloodshot Bill started playing in his hometown of Montreal, around 1998, with just a guitar and a stomp board. Since then, he has had over 30 releases throughout Europe, USA and Canada - and still tours all these places frequently. He was banned from entering the States for 5 years (2006-2011) and made his first "(wel)comeback" show in USA at the Norton Records 25th Anniversary Weekend, performing alongside such legendary acts such as Andre Williams, The Sonics, 5678's, Mighty Hannibal and The South Bay Surfers. Since 2003 his hair has been slicked with his own brand of grease, "Nice 'n' Greasy", and he plays his guitar through his custom made Richtone Amp. He's released records with Mark "BBQ" Sultan as The Ding- Dongs. Has been in several films & documentaries. Collaborates with King Khan as Tandoori Knights. He's the spokesmen for a hamburger, and also has his own brand of spaghetti flavored lip balm.

The show at Palm Door on Sixth on Sunday, March 22