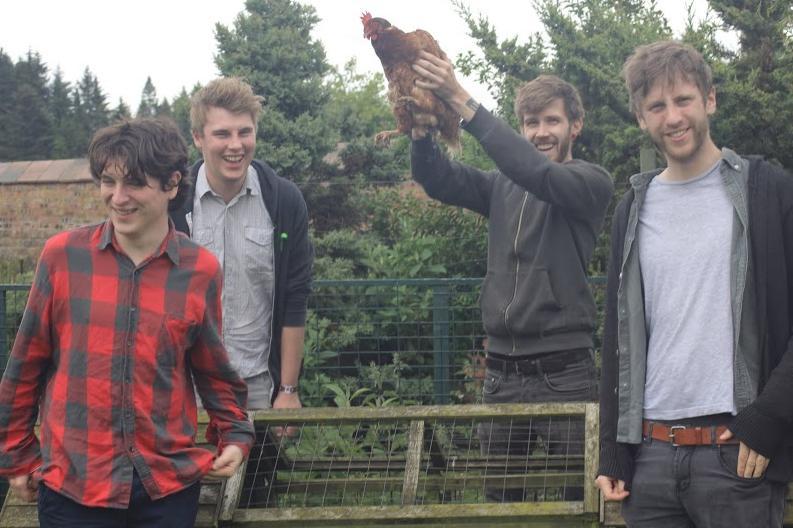 Girl Band are a four piece noise rock band from Dublin, Ireland. They are made up of Dara Kiely, Alan Duggan, Daniel Fox and Adam Faulkner.

They formed in late 2011 with influences ranging from bands and acts such as Bad Brains, Swell Maps, James Chance and the Contortions, Neu, The Birthday Party, Ben Frost and a lot of minimal techno. Girl Band structure their songs with sparse, shouty vocals, over intense noise textures and sounds capes which develop around repetitive groves. The band have released an EP and 3 singles with Any Other City Records to much critical acclaim. They have just signed to Rough Trade Records and will be releasing their debut album in late 2015. Their live show is known for being loud, intense and energetic.