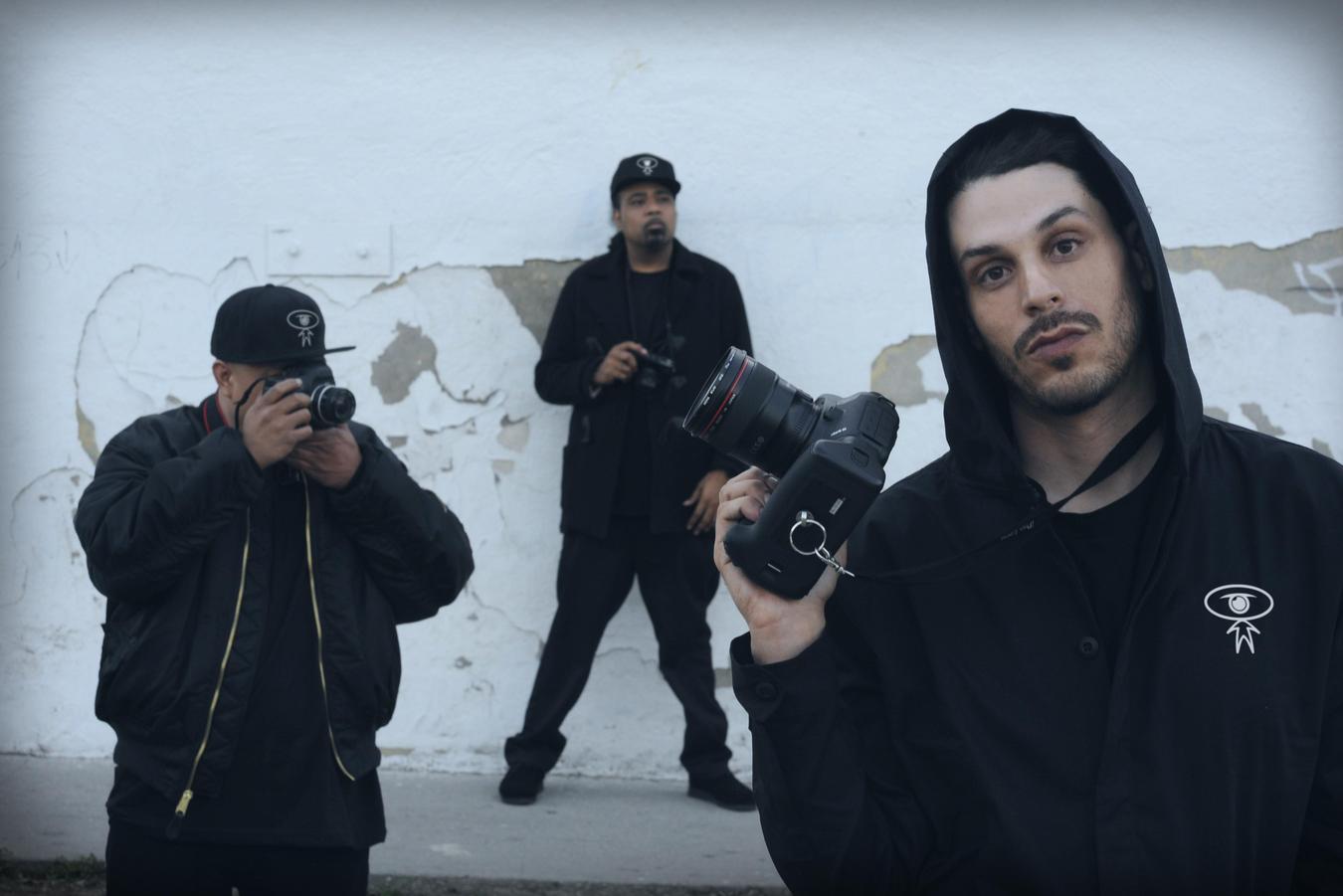 Listen to Show Me The Way Feat. Aloe Blacc

Evidence, Rakaa (Iriscience) and DJ Babu’s new collection demonstrates each member’s individual strengths and shows that the crew’s chemistry has only improved. They have indeed graduated to another level of skill and proficiency.

“It’s how we see the world, how we see each other,” Evidence says. “In film, the Director of Photography is the one who’s selecting the shots, framing it. The same thing with us. We might not be making the beat, but we’re selecting tracks that we want to use, doing the mix, talking with the producer. We’re very much the selectors of everything we do.”

The trio’s new album shows how the group has been ...

Evidence, Rakaa (Iriscience) and DJ Babu’s new collection demonstrates each member’s individual strengths and shows that the crew’s chemistry has only improved. They have indeed graduated to another level of skill and proficiency.

“It’s how we see the world, how we see each other,” Evidence says. “In film, the Director of Photography is the one who’s selecting the shots, framing it. The same thing with us. We might not be making the beat, but we’re selecting tracks that we want to use, doing the mix, talking with the producer. We’re very much the selectors of everything we do.”

The trio’s new album shows how the group has been able to remain loyal to its signature sound, style and sentiment while adding new and dramatic artistic wrinkles to its already-extensive musical repertoire. Over Evidence’s piano and drum-driven beat for “Directors,” Evidence and Rakaa showcase a series of razor-sharp rhymes that are accented by some choice scratching from DJ Babu.

On single “Good As Gone,” Dilated Peoples rhyme with aplomb over a dramatic, eerie beat from DJ Premier. For his part, Evidence examines his crew’s staying power while discussing how several other acts that also emerged in the mid-1990s are no more.

“Kicking a man while he’s down, that’s like a dirty thing to do,” Evidence says. “But sometimes in this game, you can get inspired off of people doing well or you can get inspired by seeing your people fall off. You’re like, ‘Forget that. I’m going to be the one who succeeds.’”

Dilated Peoples also reflects on its formative years on the bone-crushing “Cut My Teeth.” Evidence recalls his time coming of age in Venice Beach, while Rakaa revisits his time in Mid City Los Angeles. Indeed, growing up in Southern California has its own unique set of issues. Being raised in the entertainment capital of the world, Rakaa explores everything from simply loving life to a healthy fear of boredom on “Show Me The Way.”

“The hustle and grind can help to give you most of the basic resources necessary to fulfill your dreams, but there are times when you may feel disconnected from it all,” he says. “It’s about understanding and appreciating the light of our pyramid – of the fire inside.”

Rakaa applies that internal fire and passion to “Century Of The Self,” a song that features him rapping about the negative aspects of business and how humans exploit nature for profit. Since Dilated Peoples released its last album, Rakaa returned to college and completed his degree, allowing him to dedicate more time to some of his favorite subjects.

“I have always been fascinated by the concept of propaganda and social manipulation, so I ended up getting my BFA in Advertising,” he says. “One of the things that I came across in my studies was Adam Curtis’ The Century of the Self documentary series. The song -- like the series -- explores some of the underlying issues that fuel the consumerism, self-centeredness and decay of family and social structure that we are all confronted with daily.”

One thing Dilated Peoples was never conflicted about was the significance of the DJ to its operation. The trio gives DJ Babu a platform on “Figure It Out [Melvin’s Theme],” a scratch-heavy selection that showcases the turntablist’s remarkable skills, a long-running staple of the group.

“I couldn't imagine a DP record without a ‘DJ song,’” DJ Babu says. “And for me it was a bit personal. I really wanted to make a statement to the DJ scene, like, ‘Oh you forgot about Babu? The Turntablist? The Beat Junkie? Well, let me refresh your memory.’ Also, I feel like the beat I made for this also brought a newer texture to the LP that was classic yet contemporary without being pretentious, and also I really wanted to get busy and let my hands do the talking, I feel like I brought some of my best recorded scratches of my career in this song.”

Originally a duo of Evidence and Rakaa, Dilated Peoples launched its career with a string of singles, including the “Third Degree” single in 1997, which also included “Confidence” and “Global Dynamics.” The addition of DJ Babu to the fold a year later helped Dilated Peoples become a fixture on the tour circuit. The trio’s shows, typified by brilliant tag-team rhyming between Rakaa and Evidence and turntable supremacy from DJ Babu, demonstrated that hip-hop shows could be entertaining and prominently feature a DJ.

As its renown grew, the group signed with Capitol Records, which released its first four albums, 2000’s The Platform, 2001’s Expansion Team, 2004’s Neighborhood Watch and 2006’s 20/20. After fulfilling the terms of their deal with the release of 20/20, each Dilated Peoples member released a series of well-received projects, often collaborating with one another.

So when they started recording Directors of Photography, Dilated Peoples found that they brought a different type of energy and focus to working together full-time again. “The biggest difference was how hard each of them pushed each other,” DJ Babu says of Evidence and Rakaa. “Every lyric, every verse, every chorus was destroyed and rebuilt, reworked, scrutinized, rekicked over and over. At times, it was frustrating and challenging, but I think the hard work and passion was worth it and it really shows.”

With Directors of Photography, Dilated Peoples shows it only improved during its hiatus, returning to a genre quick to dismiss veterans. “I think the statement we made this time around is that the three of us are still here standing making quality Hip Hop from our hearts,” DJ Babu says. “We never chased trends and we always stayed true to ourselves. Even with the changes in the music industry and the world, we still managed to stay cutting edge and classic and, in many ways, independent. This LP is very full circle for us.”

The show at Mohawk Outdoor on Friday, March 20