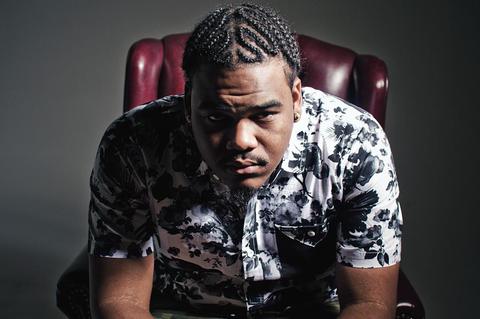 Rapper, ZUSE, born February 6, 1991 in Kingston, Jamaica, where he was raised and schooled.
In the early stages of his life, he was home schooled and taught by his grandmother, a retired teacher, who introduced him to various aspects of Jamaica’s culture and the arts. He later attended two prominent high schools, graduating from the last one in 2010.
His earliest exposure to music came by way of his mothers' record collection, which consists of a wide genre of music including Reggae, R&B, Calypso, Jazz and Soca. He grew up listening to the politically charged protest songs of Bob Marley and Peter Tosh, the soul of Aretha Franklin, Marvin Gaye, Stevie Wonder, and the pain of Billie Holiday.
As a youngster, ZUSE participated in local talent shows. Although raised in Jamaica around the heavy influence of Reggae music, he developed a passion for Rap music after being introduced by one of his older cousins to Notorious B.I.G’s (Ready To Die), (Tupac’s) All Eyez On Me and later on, 50 Cent’s Get Rich Or Die Trying. He became instantly hooked to the genre’s freedom of expression and the raw street vibes it expounded.
He began rapping at eighteen years-old when he visited Atlanta, Georgia, and stayed with a close family friend who’s a producer with a fully equipped studio set up in his grandmother’s house. Zuse saw it as a golden opportunity to express his observations and his life’s experiences though music. Since then he has not looked back, but continues to hone his craft, determined to make an impact on the world stage.
He describes his music as confident, dramatic, earnest, energetic, hardcore, humorous, intense, nostalgic and reflective of the life-style of urban experiences. His major influence includes Jay-Z, Aaliyah, Bounty Killer, Al Green, Micheal Jackson, Jimi Hendrix, among others.

Zuse believes everyone around the world will be able to relate his music based on the stories and the situations he chooses to write about.

World be warned: keep your eyes fixed on Zuse, as his music is fresh and infectious.

The show at Yahoo's Brazos Hall on Saturday, March 15