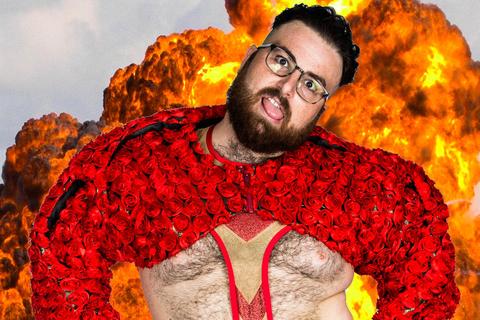 Big Dipper is a Chicago-born Brooklyn-transplant bear of a rapper. His crazy antics, exciting live shows, and infectious music make him the most exciting independent rap act to watch this year. Known for his playful style and catchy beatz BIG DIPPER makes everyone wanna shake their ass and bounce their dicks. His queer mentality, smart lyricism, and humor give his music an edge and his major sound cannot be ignored. Named one of Hip Hop's Queer Pioneers by DETAILS magazine in 2012, he has been profiled by VICE , Red Eye Chicago, the Huffington Post, Out.com, Chicago Reader, and countless other blogs and online publications.

This october marked the release of his mixtape THICK LIFE , a follow up to his debut EP THEY AINT READY. With nearly 500K views on his youtube channel, he is best known for his music videos for Drip Drop , Meat Quotient , Skank.