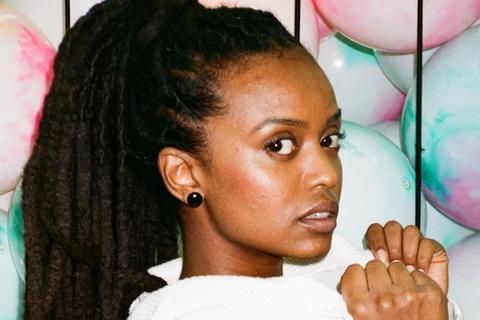 Kelela Mizanekristos is a Los Angeles-based vocalist and songwriter. Born and raised outside Washington DC, Kelela never received formal vocal training in her youth. Instead, she experimented with a range of vocal styles and writing before finding her sound in the street music emerging out of LA’s underground, most notably the producers of the Fade To Mind crew. Kelela brings forward-thinking and experimental songwriting into a prismatic context that fuses popular and club music. Her already legendary performances question the boundary between the concert hall and the club, captivating crowds within intimate, unaffected moments.

Inspired to move into songwriting by a chance meeting with Little Dragon's Yukimi Nagano, her love for unconventional pop songs led to an array of collaborative projects that often incorporated odd meter and interesting chord changes. Her breakout recording with Teengirl Fantasy, EFX, caught the attention of LA-based producer and Fade to Mind label boss Kingdom, leading to their underground anthem “Bank Head.”

Kelela’s debut mixtape, Cut 4 Me, is the culmination of a long journey, exploring the space between loss and freedom, and the process of letting go as a catalyst for growth. Concerned equally with confronting hard realities as celebrating romance, with confronting both the ecstatic highs and painful lows of relationships, this deeply personal body of work merges the popular and the unconventional, establishing Kelela’s unique vision for songwriting and production. Situated in a universe where pop is necessarily challenging, Kelela’s songs are the result of her passion for the synergy between the vocalist, producer, and DJ.

Cut 4 Me is a synthesis of pop and the underground, songs equally at home in the club as in the bedroom. The 14 track mixtape features work from Fade to Mind and Night Slugs artists Bok Bok, Kingdom, Girl Unit, Nguzunguzu, Jam City and Morri$, melding the collective’s signature production with Kelela’s songwriting. The mixtape also includes a collaboration with technoindigenous composer Gifted & Blessed.

Kelela has toured with Solange, Inc, Teengirl Fantasy and Total Freedom, and has already caught the attention of publications like V Magazine, Fader, Fact, and Pitchfork. She is currently in the midst of several collaborations and already crafting her next release.