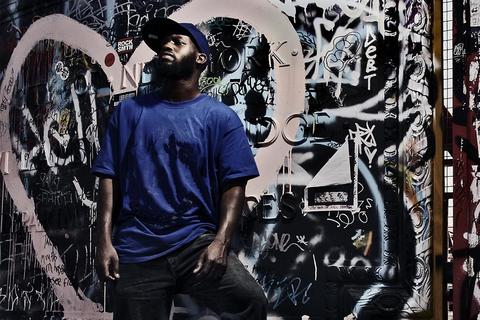 Pasadena, California based artist Foci, pronounced [Foh-Sahy] – [FŌ – SĪ] brings to Hip Hop a unique perspective on issues that concern us all. Raised in a middle class Caribbean family in the suburbs of Los Angeles County, his formative years often saw him as the only black student in class. It was during those years that he learned how to adapt to a variety of personalities and develop his passion for education. Highlighted as “Bigger than the Music” in the Pasadena Weekly, he is active in the lives of our youth as a state credentialed teacher. Prior to being laid off from teaching, Foci provided opportunities for his students through the educational pathways of Arts Media, Entertainment, Information Technology while also running a Recording and Production Studio in an after-school program. According to Foci his first love is educating but he adores the fact that he will forever be able to relate to his pupils through the arts.

Upon releasing his freshman effort The Achievement Gap; a revealing account as to his experiences in Title 1 schools, drug addiction, knowledge of self, and the murder of his best friend. The album has been featured on The AMC Channels’ “Low Winter Sun”, TEDx, public television network KCET, Pandora Radio, The World Famous Wake Up Show, Shade 45 Sirius/XM, KPFK, and many other outlets. After sharing the stage with a laundry list of legendary artists Rakim, Mos Def, Pharoahe Monch, Jay Electronica, DJ Premier, Raekwon, and Mobb Deep to name a few, Foci clearly understands how to rock a stage (3 time award winner of Urban Underground’s Performer of the Year) but also how to create an everlasting impact.

As with any artist who truly understands what it means to represent the Hip-Hop culture accurately, Foci’s conscious and inspirational material is centered on the true love of the craft as well as continuing to have an outlet to educate the masses. The definition of focus is “a central point, of attraction, attention, or activity.” With extraordinary visions and ambitions he truly represents the plurality of the word: Foci.