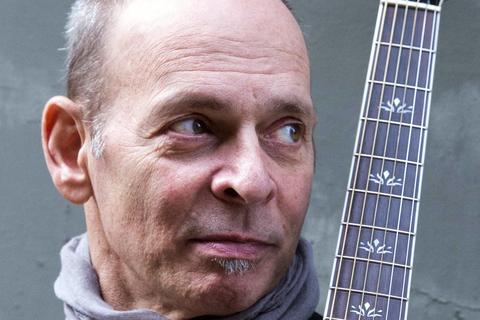 “LEXINGTON could actually be the musical narrative of the second half of my adult life.” Wayne Kramer, January 2014

Every artist that releases an album would like you to believe that what they are releasing is an “event.” In the instance of LEXINGTON, Wayne Kramer’s first solo album in 14 years, the recording is an event and we’ll explain why.

Wayne Kramer is songwriter whose reputation writing music for film and television risks supplanting him as one of the world’s stellar guitarists. Wayne was a teenage greaser and leader of the MC5, widely recognized as the prototype for punk rock and heavy metal. In 1969, the MC5 released the incendiary album "Kick Out The Jams" on Elektra Records. After Elektra dropped them due to “radical antics,” they released two influential albums on Atlantic Records: the Jon Landau produced "Back in the USA", and the forward thinking masterpiece "High Time”.

Life soon came crashing down for Wayne, who was by then a revered guitarist. Youthful indiscretions relating to a drug habit won him a four-year prison sentence in 1976 at Lexington Federal Correctional Institution. While there, he was tutored by fellow inmate Charlie Parker’s trumpeter Red Rodney. It was Red who taught Wayne how to read music and the two formed a prison band. When he played music in prison, he was in the world of music and liberated from the confines of his sentence.

Wayne spent many years wondering, “Why did this happen to me?” He continued to medicate his pain with drugs and alcohol, eventually realizing that these substances got in the way of answering the question that plagued him. Fifteen years sober and an enviable career scoring music for film and television, Wayne has largely answered the question: “Why me?” LEXINGTON is the musical narrative to that story of incarceration and eventual redemption.

Wayne has elected to face his prison story head-on. In 2009, he co-founded Jail Guitar Doors with British troubadour Billy Bragg. The charity provides musical instruments to inmates as a form of rehabilitation. To date, the organization has visited more than 40 prisons and donated more then 400 guitars.

LEXINGTON is a free jazz album featuring trombonist Phil Ranelin (The Tribe), piano prodigy Tigran Hamasyan, and multi-instrumentalist Ralph “Buzzy” Jones (Yusef Lateef) on tenor sax and oboe. Extraordinary percussionists Brock Avery and Eric Gardner contribute throughout, as does bassist Doug Lunn, each of whom have recorded and toured with Kramer since his abundant 1990s Epitaph Records output. Even renowned Detroit bassist Bob Hurst makes an appearance on two of the album’s tracks.

When asked about the album title, Wayne stated: “I had buried my penitentiary experience in my psyche, but after a few years of sobriety I started looking inward into how I became who I am and found that this was a turning point in my life where almost everything that I had experienced intersected — being a musician, politics, crime, ambition, art — and the effects were profound. Once I started digging. Almost at the same time I was hired to score a film for PBS on the very institution I served my sentence in. So this brought everything to the surface and it occurred to me that this could be more than a film score. That this could actually be a musical narrative of the second half of my adult life.”

Presented by: US Postal Service Presents