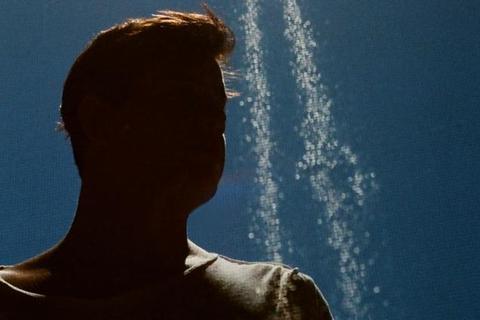 Born in Montreal with formative years spent in San Paolo at hard-techno raves, Arsenault’s life is one of human and musical experience rather than eye-searing laptop screens. After studying composition at Oberlin Conservatory, where he was part of the Ohio-based Shinkoyo art collective, Arsenault headed west for San Francisco to assist kindred-spirit cult artist Warner Jepson.

Eventually, Arsenault landed on Kent Avenue in Brooklyn, occupying a sprawling loft complex connected to the underground venues 285 Kent and Glasslands. There, he built a studio that yielded records by everyone from Cass McCombs to Laurel Halo, getting out of bed in the dead of night to write songs and record sonic fragments. During the day, Arsenault explored the other side of modern composition by collaborating with Rashaun Mitchell of the storied Merce Cunningham Dance Company.

Born as a live experience in early 2012, Mas Ysa hoists this voracious music history and crashes it head-on with blunt emotional trauma. Early shows vacillated between dancefloor catharsis and inner pain, emphasizing both ritualistic transcendence and the universal bond of folk music.

And with no public songs, marketing, Internet hype or silent brand backing, Mas Ysa was quickly tapped to tour with art-rock icons Deerhunter in between opening big shows for everyone from Purity Ring and Delorean to RZA.

In early 2013, Arsenault made perhaps his most important move in the face of an eviction notice from the City Of New York: He packed-up his gear – including two TR-909s, a homemade analog chaos-weaver and a Kurzweil K2000 borrowed from Oberlin and never returned – and drove north, eventually landing at a house for rent in Woodstock. No stranger to musical mysticism, the secluded compound (with requisite bear encounters) serves as the backdrop for Mas Ysa’s initial recordings.

Encompassing bangers, ballads and textured experimental arcs, the debut Mas Ysa EP marks the arrival of a unique cvoice. “Why,” a futuristic arms-to-the-sky “Thunder Road,” is motorik shock therapy, while “Shame” is a gigantic crescendo of emotional despair and aural exultation. “Mountain Cave” is serene, windy desolation, and the stark forestry of wide-eyed songwriters like Will Oldham is channeled on “Years.”

Look for Mas Ysa’s debut EP in January 2014 with a full-length to follow via Downtown Records.