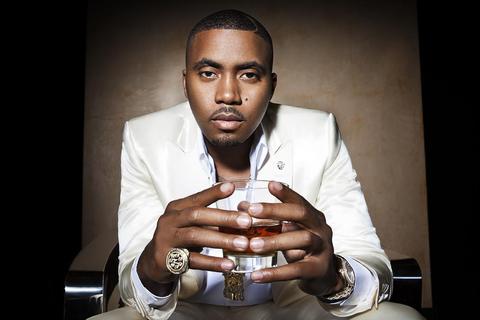 "So much to write and say/Yo, I don't know where to start/So I'll begin with the basics and flow from the heart" – Nas, "Loco-Motive"

Hip-hop is a fickle, ephemeral beast; a genre filled with trend-hopping "artists," corporate hucksters and walking gimmicks desperate to achieve their 15 minutes of shine. Look back at the hip-hop charts 20 years ago—hell, look back 10—and see how many names you're still reading about today.

Ever since a 17-year-old Nasir Bin Olu Dara Jones appeared on Main Source's 1991 classic "Live at the Barbeque," hip-hop would be irrevocably changed. Nas. Gifted poet. Confessor. Agitator. Metaphor master. Street's disciple. Political firebrand. Tongue-twisting genius. With music in his blood courtesy of famed blues musician father Olu Dara, the self-taught trumpeter attracted crowds with his playing at age 4, wrote his first verse at age 7 and, with 1994’s Illmatic, created one of the greatest hip-hop albums of all time before he could legally drink. Two decades on, Nas remains an incendiary, outspoken and brutally candid rapper on the recently released Life is Good, his tenth album and sixth to debut at the top of the Billboard 200.

Critics and fans immediately flocked to Life is Good, with everyone from Rolling Stone ("He cuts his rhymes with midlife realism and daring empathy") and MTV ("The most emotionally raw record he’s made since his first") to HipHopDX ("An obvious maturation from the veteran") and Pitchfork ("Best New Music") praising the album. Far from divorcing personal problems from a hyperbolic, caricatured alter ego, Life is Good finds Nas confronting the myriad issues he's faced head-on since 2008's Untitled ("Daughters, "Bye Baby"), mixed with a wayward wisdom that allows him to channel the past without attempting to ape it ("Loco-Motive," "Nasty").

"I used to listen to that Red Alert and Rap Attack/I fell in love with all that poetry/Mastered that" – Nas, "The Don"

Before the 11 Grammy nominations, seven platinum albums and Top 5 rankings on MTV's 10 Greatest MCs of All Time and The Source’s Top 50 Lyricists of All Time, 17-year-old Nas would take daily trips to Manhattan hoping to secure a major label deal, only to be shot down by nearly every label. When 3rd Bass co-founder MC Serch brought his demo tape to the attention of Faith Newman, then-Director of A&R for Columbia Records, she made a deal with Serch that day, offering Nas a $17,000 advance and the lifeline to begin his career.

With hundreds of thousands of words alongside entire books written on the album, it seems almost trite today to discuss the universal impact and acclaim that Illmatic had on rap. Put simply: the album has long been considered a masterpiece not just in hip hop, but music as a whole, inspiring countless subsequent rappers and establishing Nas as the most vivid storyteller of urban life since Rakim and Chuck D.

1996’s It Was Written built upon Illmatic’s foundation, with “Street Dreams” and “If I Ruled the World” (the latter with Lauryn Hill) becoming radio staples and vaulting Nas into mainstream success. For his two 1999 albums, I Am… and Nastradamus, the rapper balanced commercial aspirations with extended metaphors and rough street anthems, carving out multiple identities that better reflected the rapper’s expanded worldview.

In 2001, the rapper released his fifth album Stillmatic at the height of his escalating battle with Jay-Z for King of New York. Tracks like “Ether” and “Got Ur Self A….”could be heard on radio stations and in cars across the country and would eventually sell more than 2 million copies, while songs like “Rewind,” which told the story of a payback hit in reverse a la Memento, solidified Nas as an atypical rapper unafraid to play with convention. God’s Son, with the booming anthem “Made You Look,” would follow one year later and go gold.

As Nas entered his 30s, his scope and breadth became even more ambitious. While most rappers struggle to say anything on one album, Nas released the 2004 double album Street’s Disciple, reuniting with his estranged father on the blues/hip-hop hybrid “Bridging the Gap.” The album also featured the Iron Butterfly-sampling “Thief’s Theme,” which remains one of Nas’ most anthemic songs.

In the past decade, Nas has only gotten more inflammatory and passionate, purposely titling albums to provoke weighty discussions on a global level. 2006’s Hip Hop is Dead sparked widespread debate on the veracity of the title, while Nas changed 2008’s Untitled from its original title Nigger, yet still incited intense polemics on race and politics in America.

In recent years, though, Nas has transcended mere rapper status and engaged in greater levels of philanthropy. The rapper is an avid UNICEF supporter, helping to raise funds for East African region Horn of Africa and teaming up with the family of George Harrison for the organization’s Month of Giving. The rapper also donated all proceeds of Distant Relatives, his 2010 collaboration with longtime friend Damian Marley, to help end poverty in Africa.

Nas’s desire for greater interaction with his fans has also led him to new business ventures. He serves on the board of social photo sharing site The Fancy alongside Twitter founder Jack Dorsey and Facebook co-founder Chris Hughes. The rapper also became a founding member and launched the lifestyle site 12 Society, which allows fans to receive a monthly shipment of clothes and gear hand-picked by the rapper.

Rapper J-Live once said satirically, “To be a great MC, you have to be a great liar.” It’s safer to not tell the truth; safer to sanitize your existence; safer to align yourself with the producer du jour; safer to rhyme about tropes over truths. Nas’s catalog speaks for itself. Over 10 albums, the rapper has never been one to play it safe. Whether it’s rhyming about politics, hip hop, race, religion, other artists or personal relationships, Nas has consistently brought unparalleled and unprecedented levels of honesty to hip hop, a trait often overlooked in the genre. On Life is Good’s “Reach Out,” Nas rhymes, “So call me a genius/If you didn't/Now that I said it/I force you to think it.” For most artists, this would be arrogance bordering on hubris. For Nas, who’s remained vital and relevant for nearly 20 years, it’s just fact.

The show at Austin Music Hall on Friday, March 14