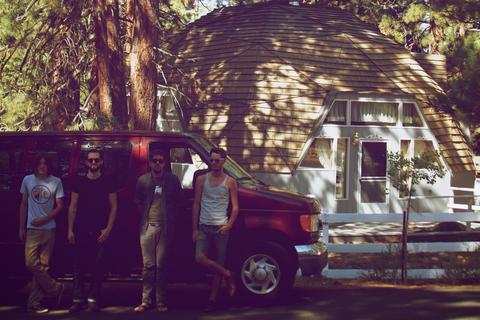 Bred from brothers Blair and Ian Dewane, Rusty Maples started out as Las Vegas Strip busking sessions between singer Blair Dewane and Ian Dewane. In 2011 Rusty Maples was formed with the addition of Max Plenke and Mike Weller. No time was wasted booking nationwide, first opening for David Bazan and soon thereafter stepping in as the backing band for New York's OK SWEETHEART during her 2012 SXSW tour and showcase.

Folk, Americana, indie, pop and some good loving Rock N Roll is the sound that has Rusty Maples raised to the forefront of the Las Vegas indie rock scene.

Most recently the Rusty Maples were named “Best Live Band 2013” by the Las Vegas Weekly, headlined the 2013 SxSW V2V, featured in Spike TV's "Bar Rescue"show and are touring the Midwest this October before returning to play the Life is Beautiful festival back home in Las Vegas.