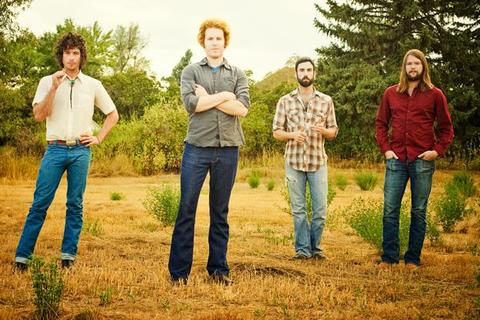 Coming straight out of Springfield, MO, Ha Ha Tonka specialize in disarming and effortless anthems that owe as much to high and lonesome Ozarks mountain music as chugging college rock.

The band released its Bloodshot debut, Buckle in the Bible Belt, to much acclaim in 2007, gaining praise from glossies like PASTE and Spin, and taste-making radio stations like KEXP. At year’s end, Popmatters Magazine named Buckle in the Bible Belt one of the best albums of 2007. The band followed up with LP Novel Sounds of the Nouveau South in 2009, which was also showered with thumbs up from critics and fans alike. 2011 brought the authentic-meets-modern Death of a Decade, recorded in a 200-year-old barn, yet again revered by press (including the likes of NPR and Washington Post) and audiences everywhere. Lessons is the band's newest album, released in September of 2013, and has unanimously been referred to as Ha Ha Tonka's most ambitious and engaging album to date.