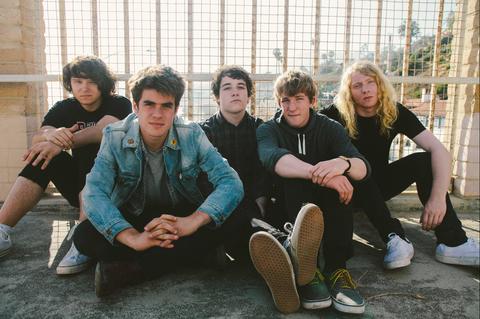 The Orwells are five guys from Chicago, IL, playing rock'n' roll music with an unmatched ragged intensity. Cousins Mario Cuomo (vocals) and Dominic Corso (guitar), twins Grant (bass) and Henry Brinner (drums), and Matt O’Keefe (guitar) have been playing together since late 2009, when they were in 9th grade. Although one might try to simply sum up their sound as garage or punk, it isn’t that simple. The Orwells sound comes from a deeper, different place that is both long forgotten and yet timeless. Their live show is frenetic, charged and feels like it could go off the rails at any moment-with the audience in full participation. NPR called them a "thrilling, charismatic teen garage-rock band with infectious energy".

Following their Other Voices EP which was released in June, their Who Needs You EP will be released on September 10th on [East End/Canvasback] in N. America and on September 9th [East End/National Anthem] in the UK. Producer Dave Sitek (TV On The Radio/ Yeah Yeah Yeahs) was brought on once again to produce the title track "Who Needs You". With two EP's, countless tour dates, and more music on the horizon, 2013 and beyond will mark the emergence of The Orwells.

The show at Hotel Vegas Patio on Saturday, March 15