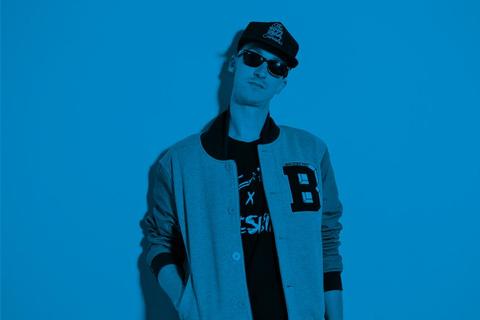 With a polished and eclectic sound that travels well beyond the boundaries of hip-hop, ProbCause seamlessly jumps from electronic to funk to R&B, then back to classic boom-bap gritty rap. His captivating storytelling makes you reminisce, while his percussive delivery highlights and amplifies his unique production skills. No doubt, ProbCause is one of the most exciting and versatile touring acts and recording artists around today. ProbCause’s musical relationship with Chance the Rapper and the thriving Chicago music scene has solidified him as one of the most promising young rappers the city has to offer.

Always diligently striving to cultivate and diversify his artform, ProbCause enrolled in a Masters Program in Fine Arts at The Art Institute of Chicago. He has recently started to use his visual art talent with his musical expression by designing unique album art and producing animated music videos for himself and others, landing him the nickname “Jack of
Many Trades” in an eponymously titled, in-depth biographical article by Fake Shore Drive.

RECENT: ProbCause released his debut LP, the Recipe Volume 2, in July 2013, and the album has received critical praise for its diverse array of sounds and features. Ruby Hornet named ProbCause Number 5 on its list of Top Chicago Rappers of 2013. The Chicago Tribune named the Recipe Volume 2 Number 9 on its award list for Top 10 Independent Albums of the Year. Chicago Public Radio, WBEZ 91.5 FM, Jim DeRogatis ranked the
album number 21 on his The 30 Best Albums of 2013. The Recipe Volume 2 has 19,000 downloads on Bandcamp and X on iTunes. ProbCause’s remix of Lorde’s “Biting Down” received 170,000 plays on Soundcloud in the two months following its release. Throughout Fall 2013, ProbCause toured and performed with Cherub, an indie rock/electronic band from Nashville, further highlighting Prob’s artistic diversity and broad audience appeal.

ProbCause will be on his firs North American tour this Spring as support for his agency mates Cherub. Performing in over 40 cities in the next three months. For a list of dates and locations visit ProbCause.com