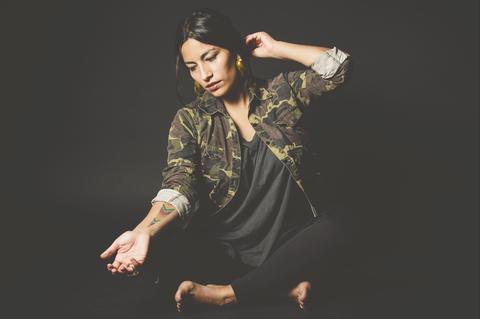 A respected MC in any language, Ana Tijoux was born in France to a French mother and a Chilean father in political exile. After the return to democracy, the family moved back to their native Chile and Ana found a home in the emerging hip-hop scene of Santiago and first started rhyming in French, then later in Spanish.

The buzz has been steadily building since her debut ‘1977’ bubbled up from an underground sensation into mainstream recognition, with features on ‘Breaking Bad’ and the soundtrack to the EA Sports’ FIFA videogame. “1977” was named one of Radiohead’s Thom Yorke's favorite tracks of the year, and has millions of views on YouTube. The song has gone on to be a Top 10 smash in other countries.

‘Vengo’ is the much-anticipated follow-up to 'La Bala,’ where Tijoux draws inspiration from native Andean and indigenous sounds. The first single off the album, also called “Vengo”, debuted on Spin and has already garnered critical acclaim and airplay. The album will be released worldwide on March 18th.

Ana Tijoux has toured the U.S. and Europe extensively, performing at Central Park Summerstage, Outside Lands, Bumbershoot, and Lollapalooza. During GRAMMY weekend in 2011, Ana Tijoux performed with The Roots as her backing band.