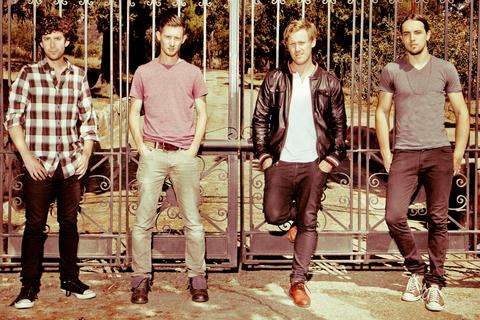 Fallen Riviera is one of Los Angeles's most talked about emerging artists. Drawing from their classic rock roots to create modern pop/rock anthems, Fallen Riviera brings a Beatles-esque sensibility to their songs that catapults their sound above the noise floor of the mainstream norm. Will Parry (vocalist/keyboardist for Fallen Riviera) is originally from Torquay, a small town in the South Coast of England--commonly known as the English Riviera. After relocating to Boston to attend the Berklee College of Music, Will met guitarist Steve Ornest and they formed Fallen Riviera. After moving to Los Angeles and recruiting bassist Matthew Denis, the band hit the local club circuit hard, gradually building a loyal fan base. They released an EP called "Six Mines", which was ranked Album of the Year by Music Connection Magazine and awarded them the Lauren Picard Emerging Artist of the Year Award at Cornell University. They returned to the studio and began working on what would become their debut full length album "Another World". Singles "Somebody Take Me" and "Those Times Are Gone" were produced by legendary Beatles producer Ken Scott, and are now in rotation on terrestrial radio programs across the country. Fallen Riviera recently returned to the studio with producer/engineer Wyn Davis (Van Morrison, Foreigner) to record "Heading North EP" which will be released in Spring 2014.

The show at Karma Lounge on Friday, March 14