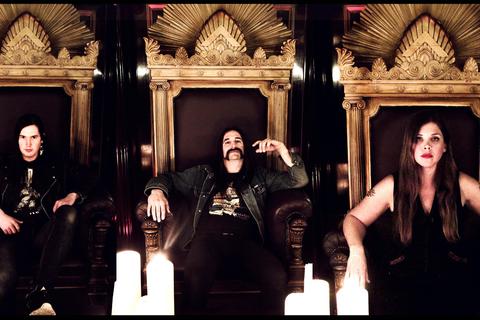 The band’s 2010 LP, 'Agony & Opium' received international attention for its unflinchingly authentic take on American heavy metal. Far from being yet another throwback or mere tribute band, CHRISTIAN MISTRESS’s music is rooted firmly in the present with a respectable and dignified grasp of retrospect.

In 2012, heavy metal voyagers CHRISTIAN MISTRESS delivered their long-awaited Relapse debut Possession. Met with wide critical acclaim, Possession sees the band standing on the shoulders of metal luminaries of the past, distilling traditional heavy metal into the sound of now. CM embarked on US and European touring with label mates Black Tusk, including an appearance at Roadburn Festival.

After a brief hiatus, the band is back and working on new material with Eric Wallace (guitars, Black Breath) and Aaron O’Neil (drums). A new 7” will be out on Relapse in March ’14, followed by a record in the summer.

The show at Mohawk Outdoor on Tuesday, March 11