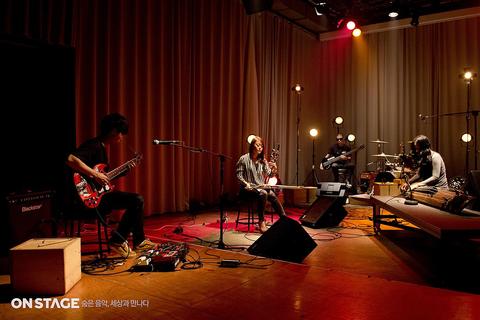 Listen to Time Of Extinction

After winning a special rookie of the year award from broadcaster EBS in 2011,
Jambinai has performed at a wide variety of venues, from Doosan Art Center to Pentaport Rock Festival.
The band creates a new form of music that mixes free jazz, post-rock and avant-garde, played on Korean traditional instruments like the haegeum, the piri and the geomungo, and electric guitars and electronics.
Their intense, explosive performances have won them devoted fans on Hongdae's indie scene.

'Jambinai are reaching farther into noise post-hardcore-rock with Differance, but they have created an album that does amazing things.
Whether you dislike what they’re creating, you have to appreciate their abilities.
Jambinai have created a classic album for Korean rock.' (Chris Park, wakesidevision)