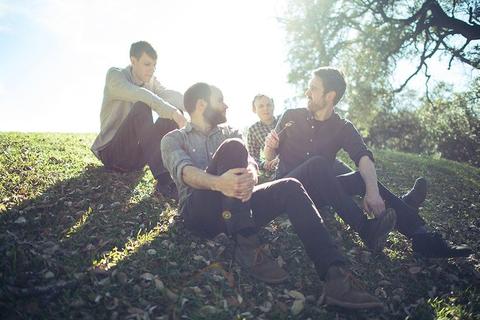 Formed 2004 in Austin, TX, Pompeii are best known for their melodic and ambient rock sound with a unique blend of cello and strings.

Produced by John Congleton (St. Vincent, Explosions in the Sky), D. James Goodwin (Murder by Death, The Bravery), and CJ Eiriksson (U2, Jack's Mannequin), their two releases, Assembly and Nothing Happens for a Reason are both distributed through Eyeball Records (WEA/ADA), Bad News Records (Japan) and Cargo Distribution (Europe).

The band has toured extensively, alongside groups such as The Appleseed Cast, The Velvet Teen, Caspian, Mates of State and This Will Destroy You. In 2009, they embarked on their first European tour and performed 25 shows in over 7 countries.

They are currently working on a third full length record with Erik Wofford (Explosions In The Sky, The Octopus Project), and the Tosca String Quartet, due early 2014.