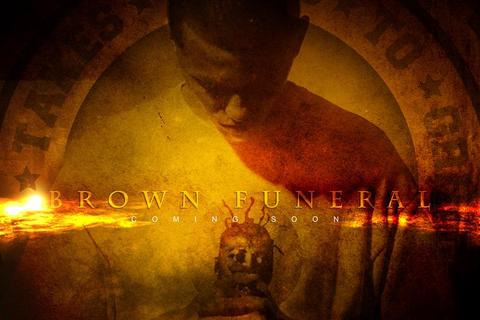 G.T. Garza hails from a city that has produced some of hip-hops brightest stars, and is quickly gaining a name for himself as Houston’s next big Hip Hop star. Born in San Diego, California he moved to Houston at the age of five. At the age of 14 as a freshman in high school, he was inspired to stop listening to hip-hop and start creating it. Garza began to develop his own style and broke ground battle rapping in various Bars and Clubs. Once he perfected his style, he took his chances at the 2002 Import Expo.
Garza caught the eye and recognized by the Houston radio group “The Choppaholix," who then recruited him to represent the new era of hip-hop in Texas. With names such as "The Phenom," “The One Man Army," and "The Future," this young star is rapidly on the rise. His unmistakable flow and style even landed him a spot on an exclusive H-Town Remix of Ashanti's "Still on It" alongside Paul Wall, and the remix to Chris Brown's "Run It" which both hit heavy rotation on FM dials throughout the southwestern and western parts of the United States.
With many victories under his belt, including "Road to the Apollo" sponsored by Footaction and Adidas, as well as "The Sunkist Sound Lab" sponsored by Sunkist. Garza is no stranger to the grind. With his hard work and dedication he has made his name well known in the Houston area by appearing on shows, such as the Choppaholix XM radio show, Texas FM radio shows and many mixtape features. His first major mixtape release "Maverick Music" earned him the respect of his peers and his fans.
Working under his own independent label, The Machine, Garza is constantly grinding his gears trying to make the transition from underground to mainstream. He has been offered several deals by record labels in Houston but has turned them down in hope of something more. His ultimate goal is to be wearing a Houston T-shirt while accepting a Grammy. With his incomparably unique style and hard work ethic, if anyone has a shot at doing so, it’s Garza. If you see him out somewhere, he will undoubtedly have his headphones on listening to new beats while penciling down lyrics. With 11 mixtapes under his belt and more than 50 features, he knows what needs to be done to reach his goals.
Currently, Garza is working hard on projects with Trakksounds, 3Fifty7 and more. In an effort to create a larger fan base, he will be producing more albums, music videos, and shows than in the past. From the streets to the booth, Garza can bring the heat on a beat and is truly next in line to rise from the South.