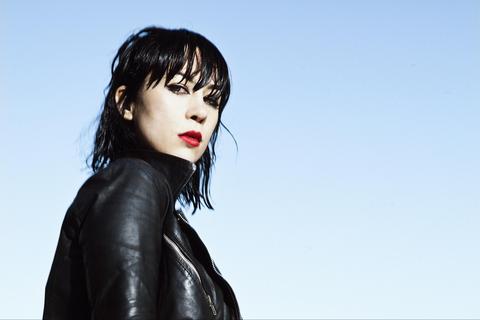 End Of Daze had for me signaled exactly that; an end to a part of my life that was confused, difficult, disastrous, and at times, redemptive. It was a marked comment to myself, for future reference, that what will be, will be, and that there is always exciting work to be done ahead. It is never that easy, though, and so was ushered in a new version of confusion, et al.

In the summer of 2012, between tours supporting End Of Daze, I locked out the world and sat down in my apartment to write a new record — clear view of the New York City sky through iron bars like a promise. Like all compulsive minds, I was waiting with bated breath (“and whispering humbleness”) to let the muse loose.

I’ve always lived an introspective life, but it is these rare moments of actively stepping outside my head, to create things tangible to others, that I find truly transcendent. Performing live offers the same rush to me, but it’s an even more elusive, haunting ghost. I was reminded of that letter Nick Cave wrote to MTV, in response to being nominated for an award. Apart from his refusal to be competitively evaluated, it was his gentle worship and protection of his own creative process, his crowned Inspiration, which resonated with me. (Do yourself a favor and read it here if you’ve never: http://www.nick-cave.com/mtv/mtv.shtml.)

I had collected various songs and half-songs over the previous months, vaguely regarding them as future releases, but had the nagging feeling they were to be tossed out on the hunt for the next sound, the next record, which was at that point almost palpable.

And so I spent the next week in a sparkling haze, seven stories closer to Heaven, and when I emerged from the frenzy to go back on tour, indeed ten new songs came with. They were bound together, not just by an overall sonic palette and new guitar pedal, but by time, intention, and fervor.

A month later I ran away to Hollywood, and again locked myself up, and two more songs were born from drunken loneliness in room at the Chateau Marmont — points if you can discern which ones.

Still later, in November 2012, I returned to Hollywood to record among the lingering Pet Sounds at East West Studios, in pursuit of a bigger, darker, more urgent sound. Sitting in the room with my favorite team of regulars (Richard Gottehrer and Sune Rose Wagner producing, Alonzo Vargas engineering), it was easy to add some flesh to my song skeletons.

Unfortunately, karma take it or leave it, I had to confront the reality that my voice was destroyed; that the previous year of touring had reduced my once infallible instrument to a pale spectre of its former self. I was broken and when I left California, it was with the heavy burden of an unfinished album. It is a much longer and more boring story, but in short, it was devastating and demanded a severe detour from the future I’d anticipated.

Truly one of those disguised blessings though — the extra time was a gift. What initially felt like a retreat became a reawakening. These songs weren’t done at all! And so I worshipped at the tall pile of books I’d bought in Los Angeles, on topics and imagery I’d been consumed by and words that had resonated so deeply with me they felt like artistic collaborators: Rainer Maria Rilke, Anais Nin, Arthur Rimbaud, Paul Verlaine, Charles Baudelaire, Sylvia Plath; the punk poet singers Patti Smith and Lou Reed (who, like many I consider to be my spiritual parents); and finally, an admittedly unhealthy obsession with the Surrealists’ manifesto of desire.

Here it was spelled out for me: Desire as muse; Life as experiment; a miracle for every failure and vice-versa. I put pen to paper and I wrote, and then I sang. I sang into my own private microphone, in my tiny bedroom studio, with no one save my make-believe coconspirators to hear me, and no one to weight me with the looming pressure of inability. I was a woman possessed and my possession enabled me.

I write this now, many months later, on the up. I have served the songs and the songs have served me. It is never pretentious to feel and create. So much of my life has been defined, aided, and even saved by music. Here is my best attempt at joining the rock’n’roll ranks, of chasing pop into the dark, and I am as ever, humbled that you listen.