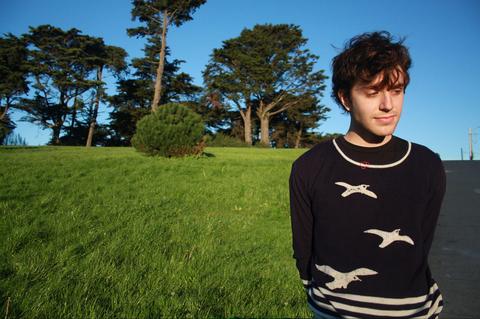 Listen to My Zero

Ezra Furman started writing songs. Then he broke up with his longtime sweetie and formed a blistering rock and roll band (in Boston) called Ezra Furman & the Harpoons. They made albums: Banging Down the Doors (2007), Inside the Human Body (2008), Moon Face (2009) and Mysterious Power (2011). And they played some really great shows. They even became popular overseas.

Then Ezra went solo. He holed up in the attic (in Chicago where he is from) and made The Year of No Returning, released in 2012. Ezra’s follow-up album, entitled Day of the Dog, released on October 8, 2013 on Bar/None Records. Right now he is one of the best songwriters around. He rocks, he connects, he haunts and he kills. These days he usually plays with his wild band, The Boy-Friends. He's one of our finest Rock ‘n’ Roll fools, heart open wide and fangs bared. Keep your eyes peeled, ladies and gents. He's far from finished.

The show at Valhalla on Friday, March 14