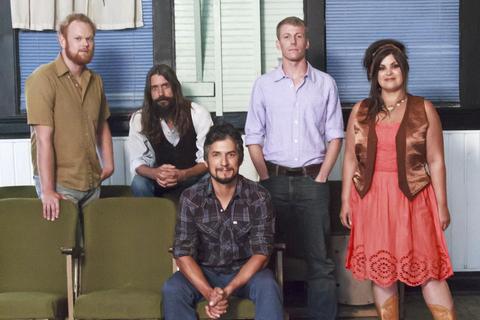 “With one foot planted firmly in Appalachian music culture and the other always expanding and evolving, The Black Lillies have created a unique sound embraced by fans old and young,” raves Vanity Fair - an apt description for a band that draws audiences as varied as indie rockers and traditional country music enthusiasts.

The band’s current album, Runaway Freeway Blues, dominated the Americana radio scene, spending three months in the top 5 on the radio charts and six total months in the top 40. They’ve been praised by media outlets as diverse as PASTE Magazine and USA Today; NPR and MTV; Wall Street Journal and Relix Magazine. A killer live act, the Lillies have won over audiences nationwide at festivals including Bonnaroo, Rochester Jazz Festival, MerleFest, and CMA Fan Fair.

The music is breakneck, brazen and beautiful; gentle Laurel Canyon folk, the honky-tonk heartache of classic country, winding jams and flat-out rock’n’roll. These songs will haunt your thoughts, rattling through your head like a crooked screen door slaps against its frame when a storm is coming.

The show at Shotguns on Wednesday, March 12