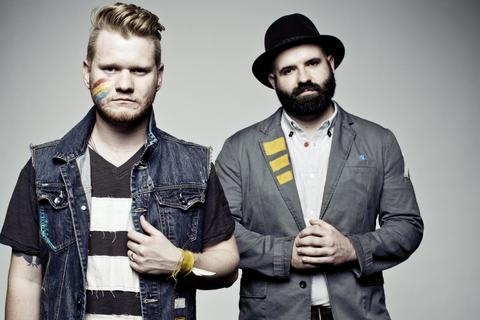 NEULORE is a modern folk band based in Nashville, TN., originated in 2009 by band members Adam Agin (lead vocals & guitar) and William T. Cook (guitars & bgvs),. After releasing a well-crafted debut EP, “Apples & Eve”, they have begun to take their heartfelt songs to the masses. With a live show that not only entertains, but affects, leaving the audience with a sense that anything is possible, NEULORE is captivating the hearts of all who draw near. Describing their sound as “truth in modern tones” and the telling of timeless stories from a fresh perspective.

NEULORE’s songs have been heard on Grey’s Anatomy, Hart of Dixie, Breaking Amish, Pretty Little Liars and the web series Kid President. The have shared the stage with Leagues, Eisley, Andrew Belle, Ivan & Alyosha among others. NEULORE will be releasing their debut full length record in 2014 called Animal Evolve. The lead off single is called “Shadow of a Man.”