The Power of Failure: The Hidden Side of Success 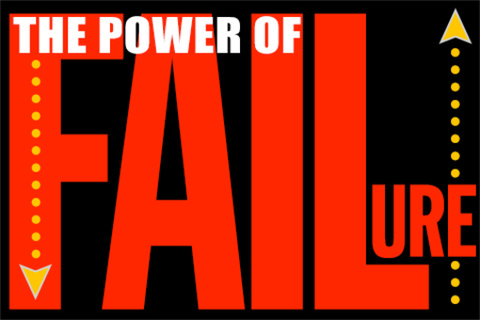 For a book on success, "The Art of Doing: How Superachievers Do What They Do and How They Do It So Well," we found that the highly successful people we interviewed—in the arts, business, media and tech—failed and failed often. Those failures were key to their success. But embracing failure isn’t always easy. From the fear of failure that stops us from even trying to the collapse of will when we don’t achieve the success we'd imagined, cognitive attitudes to failure can destroy our ability to pursue our goals. The good news? If, like highly successful people, we perceive our setbacks as opportunities for self-education and motivation instead of events that will permanently derail us, we may surprise ourselves with how far we can go.

The Art of Doing

Camille Sweeney is author along with Josh Gosfield of critically acclaimed "The Art of Doing: How Superachievers Do What They Do & How They Do It So Well" (Plume/Penguin). She is a journalist, interested in how people innovate, succeed and what they do when they fail. She writes for a variety of publications including Fast Company and The New York Times. She writes fiction in her spare time, usually very early in the morning.

Josh has worked on farms and as a carpenter and cartoonist. He was the Art Director of New York Magazine. His illustrations and photos for major magazines, record companies and book publishers have won numerous awards. He has had several one-man shows of paintings and photography in New York and Los Angeles and has art directed music videos and written and directed short films. For his latest fine art project, GIGI, The Black Flower, Josh was both author and creator of a critically acclaimed, multi-media archive of a fictional celebrity.