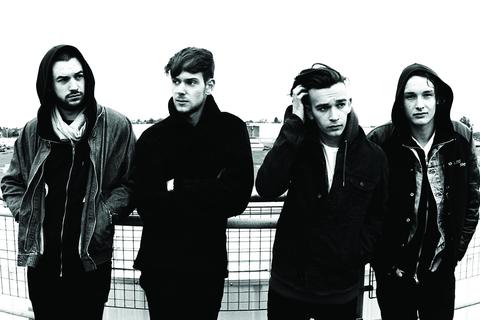 Following their huge breakthrough success last year with a string of hits - ‘Chocolate’ (voted #1 Hottest Record of 2013 by BBC Radio 1 listeners), ‘The City’, ‘Sex’ and ‘Girls’ - and a UK number one debut album, the band are set to continue their ascendancy throughout 2014.

The 1975’s eponymous album, which was released in September to much critical acclaim and has already topped worldwide sales of over 250,000, was recorded in Liverpool’s Motor Museum, and produced by drummer George Daniel, frontman Matthew Healy and producer Mike Crossey (Arctic Monkeys, Foals). A collection of memories, overheard conversations, and snapshots in time, The 1975 is a love letter to youth, played out in bold and brash Technicolor.

The show at Starr Bldg Rooftop on Thursday, March 13