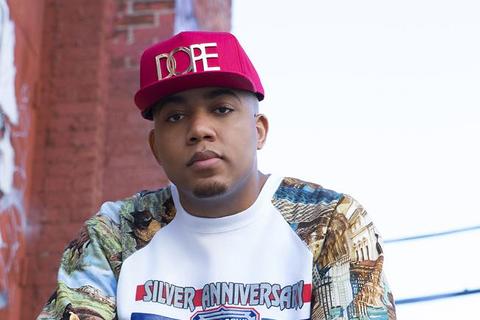 Growing up just a block away from The Notorious B.I.G., watching him go from local corner boy to rap superstar, Gregory Skyler “Skyzoo” Taylor couldn’t help but dream big. The Brooklyn, NY native saw life in all of its "heaven and hell" juxtaposition, being from the infamous home of both Jay-Z and "Do The Right Thing". He started rapping at age nine, writing about what he witnessed on his daily routines as a child. Those years of observation and living have turned into first person narratives that have labeled Skyzoo as a "new legend" and have led to his albums being critically acclaimed by fans and critics alike. His storytelling has been commended by all walks of literary life, from hip hop royalty to university professors and everyone in between.

The fan base Skyzoo has been able to acquire stretches from the street to the workplace, from the college hipsters to the women who shop in luxe boutiques, which have all lead to memorable placements in both the hearts of listeners and the eyes of corporate America. HBO's hit Entourage, NBA 2K11 and NBA 2K12 (he's the first and only artist to date to be included in the franchise's game and soundtrack in back to back releases), Grand Theft Auto 4: Lost and the Damned, Buffalo Wild Wings, and ESPN have all used Sky's music in various lucrative marketing campaigns, and the rapper also has a longstanding relationship as a musical rep for Brand Jordan. He's also ghost written and done song writing for a number Hip Hop and R&B artists, all placements which are set to be released in the immediate future. Outside of writing music, he's lent his pen to other literary areas, as he's currently writing a television pilot as well as having steadily blogged for basketball powerhouse Slam Magazine.

Skyzoo has toured with Ghostface Killah, Raekwon, Pharoahe Monch, Sean Price and more, as well as headlined full tours internationally in stops such as China, Africa, London, Paris, Berlin, Italy, Poland, Amsterdam, Australia, and more. This past winter saw him put together "The Writings of Skyzoo", a full on acoustic concert a la "VH1 Storytellers", where he assembled a seven piece jazz band to back his hour long set. Hosted by VH1/Power 105's Angela Yee and held at NYC's MIST Harlem Theatre, the "seating room only" venue sold out in 10 minutes, Trumpets, tubas, keyboards, the works, were all on display in providing the backdrop to what Sky calls his "Miles Davis moment". Musically, he’s collaborated with a plethora of artists and producers, including the likes of Jill Scott, Just Blaze, Wale, Lloyd Banks, Pete Rock, Jahlil Beats, Illmind, Styles P, 9th Wonder, Hi-Tek, John Legend, DJ Khalil, Raheem Devaughn, Buckwild, Jake One, Maino, EPMD, Talib Kweli, DJ Drama, Sean Price, and Don Cannon, just to name a few. With his critically acclaimed sophomore album A Dream Deferred, Skyzoo saw the LP take on a life of its own; being named one of the top 5 hip hop releases of 2012 on countless Hip Hop blogs and year end lists, and spawn the singles "Jansport Strings", "Range Rover Rhythm", and "Spike Lee Was My Hero" take off via the web, radio, and network television alike. The video for "Spike Lee Was My Hero", featuring Talib Kweli, includes a cameo from Spike Lee himself and is currently in rotation on all MTV and BET networks and the Media Placement system, covering all Foot Locker and Foot Action locations in the states, with Spike himself as the song's biggest supporter. After headlining 10 cities/countries in Europe this spring as well as South Africa and Australia, the world once again got their dose of storytelling. A piece of Brooklyn in their own country, thousands of miles away.

What stands out most in regards to all of Skyzoo's accomplishments is how they've all come to fruition on account of his own work and will. The embodiment of a DIY attitude, he's achieved his success in the form of truly being an independent artist, thus molding him into so much more. Skyzoo has become known as being the ultimate artist, one able to make classic music with a lasting impact. Listeners can identify with his story, they can see the many sides of themselves in him. No matter the mood, season, or circumstance, Skyzoo offers music to live to, and to live by. The best way to describe him? Ironically, it's noted in a lyric of his own, on his mixtape track "Fulfillment", as the line goes "Half '94 Nas/half '97 Betha", both an homage and testament to how critics and fans alike see him: the storytelling and lyricism of a young Nas, and the looks, style, appeal and marketability of a young Mase. Wonderful company to be amongst by many and all means. The beauty in it all, is as his slogan goes, "Lyrics Will Never Be The Same".

The show at Avenue on Congress on Thursday, March 13