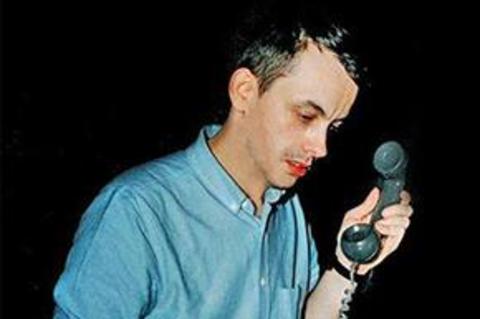 In a clubbing climate where so many DJs elect to make their mark by focusing on one particular sound, the capacity to casually drop a set that feels like you’ve soaked up every decade since the 70s sets you apart. This is a hallmark of Rory Phillips’ DJing, and one that he’s successfully been finessing since the days of Trash. Anyone with a grip on clubbing history in London will be fully aware of Rory’s role in that legendary club night alongside Erol Alkan, and it’s an experience that has served him well, with a succession of inter-continental DJing gigs over the last decade.

Phillips tutelage at the reins of Trash’s spiritual successor Durrr steered the club night through its initial, and much missed, home, The End to it’s tenure as a roving party in various East London venues. Operating on a more irregular basis allowed Durrr to become even more ambitious, signing off 2012 with a December Weekender spread across two different venues and featuring Jimmy Edgar, Ewan Pearson, Xavier De Rosnay and Erol Alkan.

That line up possibly encapsulates what you’d hear now in a Rory Phillips DJ set, and this all encompassing approach certainly filters through to the barrage of critically acclaimed remixes Rory has in his armoury. You could easily get away with playing a DJ set purely formed of his remixes, which span big names such as The xx, Gossip, Scissor Sisters, cult acts both old (The Units, Alexander Robotnik) and new (Crystal Castles, White Lies) plus all manner of his contemporaries including Riton, Digitalism and Munk. This range is matched by the long list of DJs that have played them, from festival heavyweights Soulwax, A-Trak and Aeroplane to disco deviants Harvey, Weatherall and Prins Thomas.

Accepting remix commissions has the back burner as the oft promised concept of original Rory Phillips material comes to fruition via his subscription based label Mixed Fortunes. Having offered a glimpse at his style with “Solar Breakfast”, a contribution to In Flagranti’s Codek label a few years back, Phillips has made good on years of amassing vintage synth gear with the five 12” releases on Mixed Fortunes thus far. Established in earnest at the start of 2012, Mixed Fortunes is Phillips outlet for original productions free of the constraints of label interference, and granted full creative freedom they convey a diversity in production that matches the ethos of his DJ style.

As 2013 came to and end, so did Durrr, with one final roadblock party at London’s XOYO, ushering in the debut of Mixed Fortunes Live. A full band fleshing out the music from the singles series and up front a light show based around the project’s Crystal Ball motif, illuminating the stage and inviting you to gaze into the future.

Presented by: A Club Called Rhonda

The show at Empire Control Room on Friday, March 14