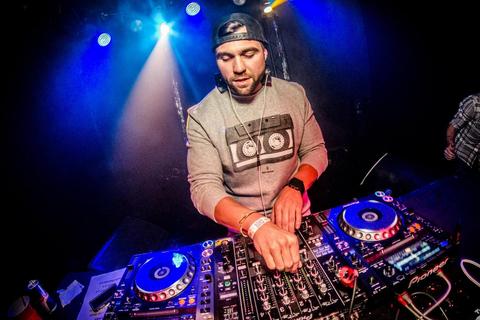 Music has always been a huge part of Damien Anthony's life. His journey began at the young age of 16 when he got his hands on his first set of turntables. It was then he began to develop his own unique style. While still young, he would practice continuously. He worked on perfecting his technique for when he would step into his first club gig only a few years later.

It was at that time Damien knew this is what he wanted to be apart of. He began researching the different styles and techniques of DJ's who were already so successful. Dj's like Jazzy Jeff and Dj Q-Bert influenced Damien in creating his hip-hop style. Erick Morillo, Fedde Le Grand and Laid-back Luke influenced him for his house style of play. He has been totally self taught and has excelled in the art of scratching, beat matching, and mixing. Throughout the next few years Damien has shown his talent to the various Tri-State area venues. Continuing his growth within the industry, he began producing his own remixes and original music. In collaboration with a colleague of his, they formed a production duo called "The House Alliance". They produced original material and remixed one of the biggest "Whitney Houston" records to hit the music industry which was featured at the KTU-Phoria concert in 2012, as well as being played on New York's radio station 92.3FM "NOW."

Currently Damien has been signed as an artist to Liftoff Recordings (The Disco Fries Label). His first original release "Sneak Attack" did very well with support from some major artists such as, The Disco Fries, Tommie Sunshine, and MYNC(CR2 Records). Damien also produced "Get Up," a collaboration with "The Disco Fries" which has been featured on "DJMag.com" and has received a great response at every venue they've played.

Currently Damien Anthony has been working solo as well as collaborating within the studio working on his own original material and remixing for various artists. He continues to stay busy collaborating with new artists and talent. Keep up with him on his social media networks to hear the latest music/mixes and to find out where he's performing currently.