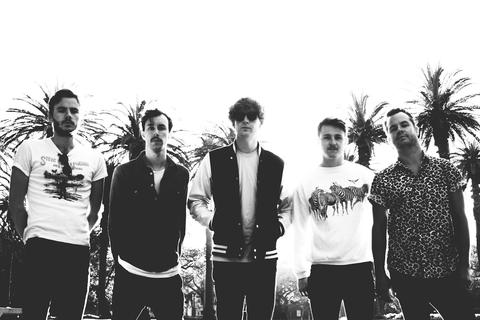 Nostalgic electro-pop four piece, Panama have been fast winning hearts over the last 18 months with their trademark brand of hopeful house music.

Channelling the likes of Peter Gabriel with nods to local companions, Cut Copy, the EP was steeped in splashes of yacht rock and an avid appreciation of the ‘80s. Their melodies burst with equal parts quiet, golden nostalgia whilst being bright and anthemic in its delivery.

The debut single, Magic premiered in early ‘11 via Filter Magazine, and was released with remixes from disco deviants Midnight Magic and Gavin Russom (The Crystal Ark). The track was quickly added to rotation on Triple J and national community radio, locally as well as developing a growing fanbase overseas.

The “band to watch” went on to sign with indie dance label, Future Classic (Flume, Jagwa Ma, Flight Facilities) and their debut EP was released to glowing reviews. With 3 of 6 tracks on the EP were added to youth broadcaster, Triple J, the single We Have Love was the second most played track of 2013 in a recent poll (as of August 2013).

The videoclip for the title track was filmed in Berlin by award-winning production team, A Nice Idea Everyday (The Knife, Digitalism). The clip hijacked the #1 spot on Hype Machine, and has since been viewed over half a million times.

With remixes from Dave DK, Ejeca and Danish producer Kolsch Panama released a limited edition 12” vinyl with the Kolsch remix has racked up over 100,000 Soundcloud spins.

Panama's sophomore 3 track EP, ‘Always’ has just been released as a ‘pay what you want’ through Bandcamp with the lead single Always racking up over 260k spins in its first week and hit #1 on Hypemachine - making it the band's third Hype Machine #1 in a row. The follow up EP showcases the outfit’s diversity - and a capacity for balance - with three carefully restrained yet bright and accessible songs.

The EP leads with the anthemic title track Always, recorded in San Francisco with and produced by Eric Broucek (!!!, Classixx, Holy Ghost!, Hercules & Love Affair).  ??The videoclip for Always follows the story that began with the cinematic offering for earlier single It’s Not Over and is once again filmed in Berlin by award-winning production team, A Nice Idea Everyday.??The self-produced second track, How We Feel was recorded at McCleary’s home studio and explores Panama’s unique brand of hopeful house music.  The EP closes out with the Drive soundtrack inspired dark horse, Destroyer, also recorded in the sessions with Broucek.

They have recently completed a successful national tour and have shared stages with the likes of Van She, Elizabeth Rose and Midnight Juggernauts and Flight Facilities and have just been announced to perform at Field Day alongside Flume, Solange, London Grammar + more.

Neon Gold:
The Sydney outfit hit you with a soft anthem of yacht-pop that brims with wistful coming-of-age major chords and dilates into an eye-opening life-affirmer. Imagine Van She lounging with Jinja Safari’s Marcus Azon in an ’80s sauna, their collective heat fogging up both your vision and emotional radar.

Repeat Button:
“An anthem in its own right, Always is a sentimental track without the sugar coating. One for pulling yourself through a dark day, or as company on a long drive, Panama have well and truly grown into their sound. And it’s utterly delightful.

"This Aussie group is definitely worth checking out" - Earmilk

The show at Lustre Pearl on Friday, March 14